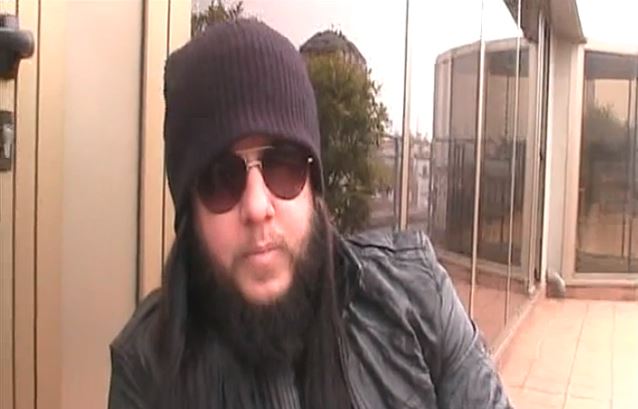 Paolo Bianco of Italy's Soundsblog.it recently conducted an interview with SLIPKNOT and SCAR THE MARTYR drummer Joey Jordison. You can now watch the chat below.

The self-titled debut album from SCAR THE MARTYR was released on October 1 via Roadrunner Records. Recorded at Sound Farm Studios in Des Moines, Iowa, the CD was helmed by Rhys Fulber, whose production and mixing credits include FEAR FACTORY, ROB ZOMBIE, MINDLESS SELF INDULGENCE, FRONT LINE ASSEMBLY and more. The effort was written by Joey and lead vocalist Henry Derek Bonner (BLOOD PROMISE), and joining them in the studio were keyboardist Chris Vrenna (NINE INCH NAILS), as well as Simon and Norris, who collectively handled all lead guitars on the album.