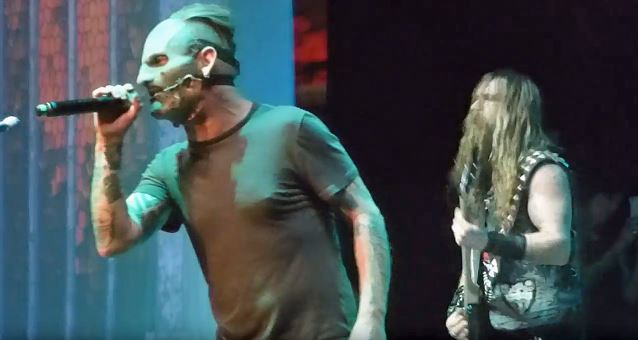 Despite all the rumors about the couple's split, Sharon Osbourne was on hand to introduce Ozzy at the press conference at the Palladium. Geezer Butler from BLACK SABBATH, Corey Taylor and Shawn "Clown" Crahan from SLIPKNOT, David Draiman from DISTURBED, Zakk Wylde of BLACK LABEL SOCIETY, and Scott Ian of ANTHRAX were on hand as well.

Ozzfest marks its 20th anniversary this year, but this will be the first edition of the fest since 2010.