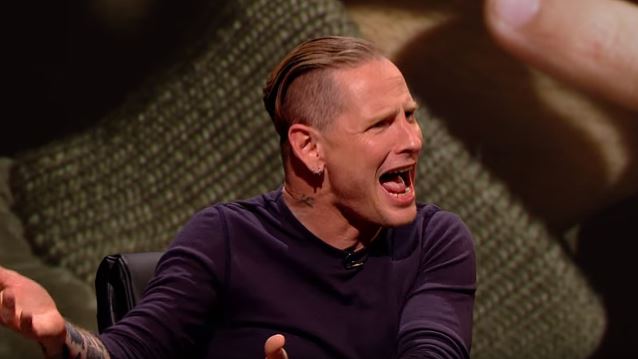 Corey Taylor will appear as a guest on tonight's episode of BBC quiz show "QI".

The SLIPKNOT and STONE SOUR frontman will join Aisling Bea, Alan Davies and Ross Noble, as well as host Sandi Toksvig, on the series.

Taylor has previously said he was a fan of the long-running BBC 2 panel show, saying in 2013 that his new resolutions were to "quit smoking, get on 'QI', bring the world to its knees."

The singer has also appeared on the "No Such Thing As A Fish" podcast, which is hosted by "QI" researchers.

"QI" was first broadcast in 2003 and covers topics under one letter per series.

On Friday's (November 4) episode of "QI", Taylor, Noble, Bea, Davies and Toksvig will discuss all things weird and wonderful beginning with N.

In the preview clip below (courtesy of Metal Hammer), we see Corey showing off his knuckle- and jaw-cracking talents, to the hilarious disgust of the audience.