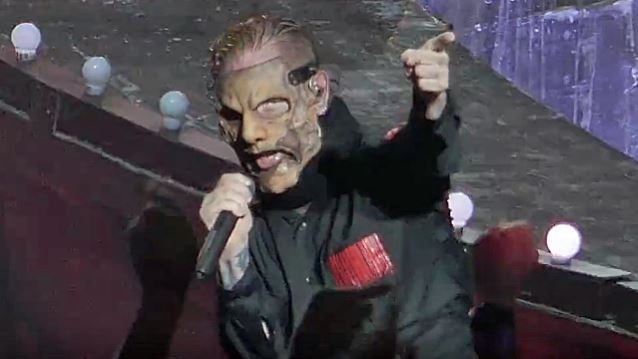 SLIPKNOT frontman Corey Taylor spoke to Revolver magazine about the emergency spinal surgery he was forced to undergo in early June, when it was discovered in the course of a routine physical that he had been walking around for years with a broken neck.

"I was describing these symptoms that I was having to my doctor," he recalled. "I was losing strength on my right side, my balance was screwed. Seriously, the last two or three years have been weird for me, physically. But you get to a certain point where you think it's just because you're getting older...

"My doctor sent me to a specialist, and he was like, 'Oooh, yeah — we need to do surgery right now.' Me being me, I was like, 'Is there any way we can reschedule this for after the tour?' And he's like, 'No.' [Laughs] He said my spinal cord injury was 20 times worse that what he's seen with UFC fighters; he pulled up the MRI, and he goes, 'You see that? That's really, really bad! That shouldn't even be growing like that.' And I was like, 'Oh, shit. You could have been paralyzed, dumbass!'"

Taylor thought the issue might have originated way back in 1999, when he took a four-foot fall from an Ozzfest second stage and landed on his head. He explained: "My foot slipped off a monitor, and I fell four or five feet off the stage and landed on my head. I think that was what caused my two vertebrae to compact around the discs. Of course, being 25 and stupid, I didn't do anything about it. ‘I can move my head, I'm fine!'

"The funny thing was, I had staples in the top of my head at the time, from an earlier accident where I'd walked into a cherry picker. And after I fell off the stage, I went to the EMT to have them check on the staples, and not my neck. I was such a fucking idiot, it's just not even funny! And then I just kind of forgot about it; but over the years, the headbanging and everything else I've done just exacerbated it to the point where the disc was crushed into my spinal cord."

Taylor was told by doctors to avoid jumping and headbanging onstage, and he told The Pulse Of Radio that the restrictions have changed the way he performs for the better. "I've had to kind of reassess what I do live, you know," he said. "But at the same time, the positive is that I love the challenge of it. Maybe I've relied on those things for too long, let's see if I can get through a show or a tour without having to go to these kind of mainstays. And the shows have been great. I've been damn near on pitch-wise, my stamina's a lot better — it's like I'm really kind of filling in all these weird blanks."

In honor of Ozzfest Meets Knotfest, Taylor and BLACK SABBATH's Ozzy Osbourne appear on the cover of Revolver's August/September issue, which will hit newsstands on August 9 and is available for purchase online right now. 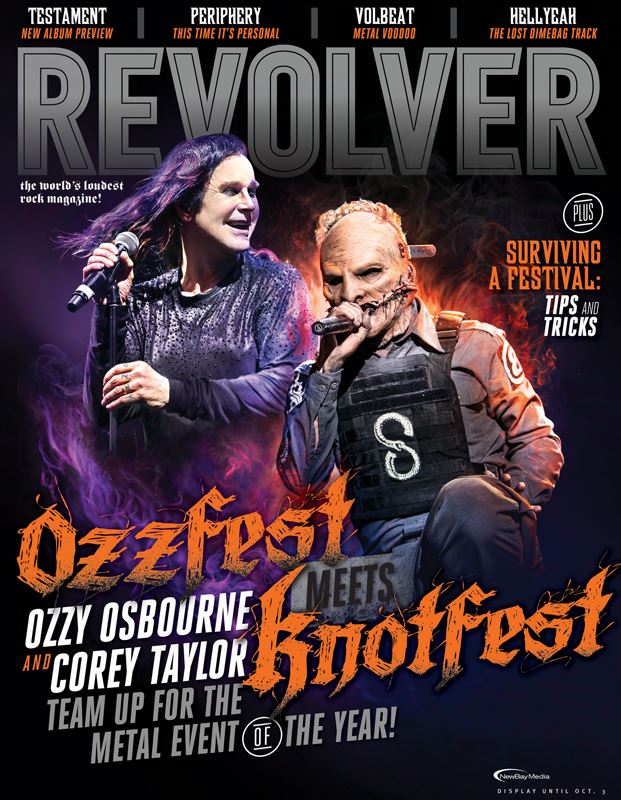