Knotfest, the global festival brand from metal icons SLIPKNOT, has revealed its scheduled return to South America today with the announcement of Knotfest Chile, taking place on December 11, 2022 at Estadio Monumental, Santiago and the announcement of the first-ever Knotfest Brasil, set to take place on December 18, 2022 at Sambódromo Do Anhembi, São Paulo. Tickets and VIP packages for both events go on sale on August 19, 2021 at 10 a.m. local time from KnotfestChile.com and KnotfestBrasil.com, respectively.

Both events will feature headline performances from SLIPKNOT with the lineup for Knotfest Chile also including MR. BUNGLE, BRING ME THE HORIZON, TRIVIUM, SEPULTURA and VENDED, and the lineup for Knotfest Brasil also boasting BRING ME THE HORIZON, MR. BUNGLE, TRIVIUM, SEPULTURA, MOTIONLESS IN WHITE, VENDED, PROJECT46 and ARMORED DAWN, with more acts to be announced for both.

The Knotfest brand has expanded around the globe, with landmark events held in the U.S., Japan, Mexico and Colombia, as well as 2019's debut collaboration with French destination festival Hellfest for Knotfest Meets Hellfest. 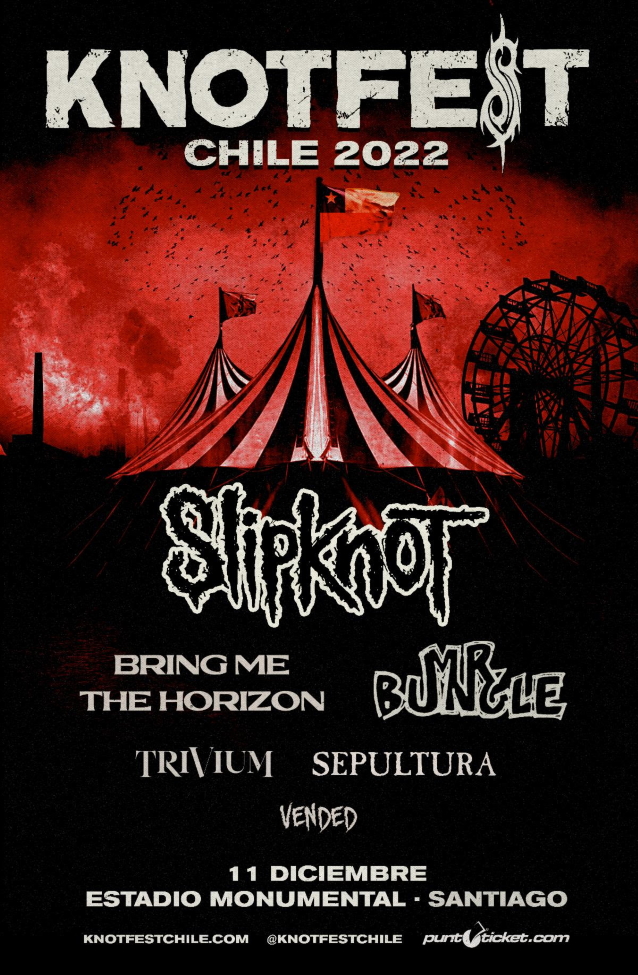 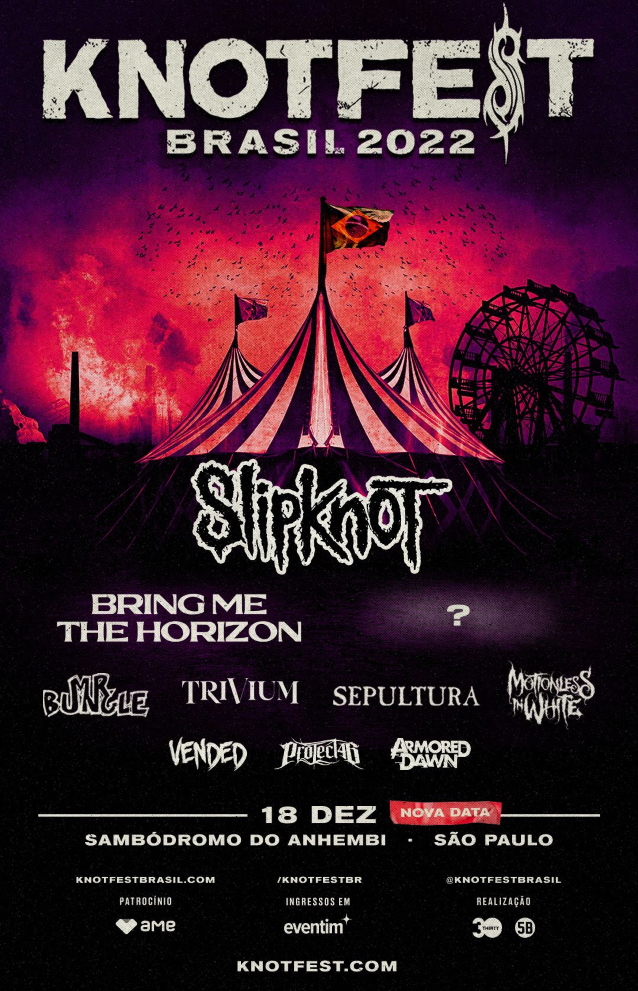