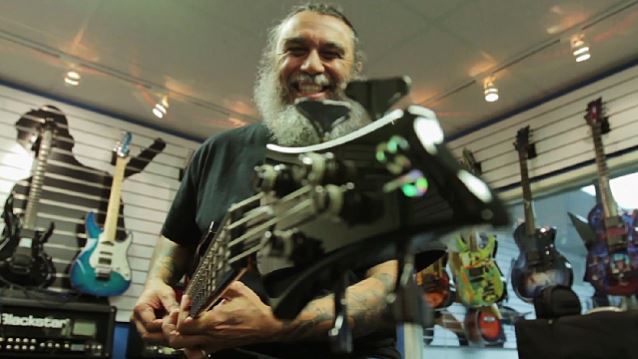 SLAYER is currently recording its new album for an early 2015 release. The CD is being produced by Terry Date, who previously worked with the band on the song "Implode", which was made available as a free download as a "thank you" to the band's fans for their continued support following SLAYER's surprise performance at this past April's Revolver Golden Gods awards in Los Angeles.