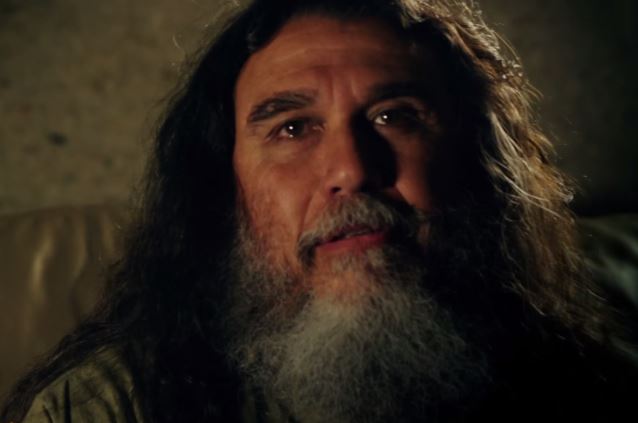 In a brand new interview with Crack magazine, SLAYER bassist/vocalist Tom Araya was asked if the loss of the band's co-founding guitarist Jeff Hanneman has made the remaining members more conscious of their own mortality. He responded: "I started changing the way I live a long time ago, I learned a long time ago that… You know, we were pretty fuckin' crazy! There were several things that made me change how I lived my life. I had a one-man car wreck on the freeway because of drinking and driving; that's where it began. We all approach life differently, and that's what I chose to do."

He continued: "Jeff passing wasn't something that I expected. I knew he had problems, I knew he was seriously ill, but I didn't think he'd fuckin' die. I thought he'd pull through, I thought he'd get better."

"I was at a point where I needed him back in the band for it to work. I didn't care to what extent his abilities were at their best, I just needed him back. So I was reaching out to him, leaving messages, but he wouldn't return my calls. He'd decided he wanted to disappear. That was really hard."

Regarding how Hanneman's absence affected the songwriting process for SLAYER's new album, "Repentless", which is due on September 11 via Nuclear Blast, Araya told Crack: "Kerry [King, SLAYER guitarist] took the reins and put together all of the music on this record, and he did a really great job of trying to understand and assemble a really well-rounded SLAYER album, not just half of one."

He added: "Me and Jeff were always closer than me and Kerry. We were more on a personal level, we could talk, we could hold a conversation. Not so much with Kerry. But we sat down and we communicated, which we haven’t always done… We had a talk, a serious talk. We had shit to talk about, before we went in and decided to finish what we'd started — this record. It's the cliché, but a relationship works on communication, and maybe we hadn't always been able to think that way."

Read the entire interview at CrackMagazine.net.