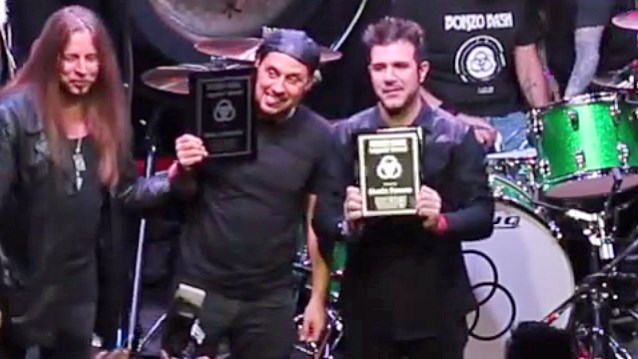 Dave Lombardo (SLAYER, PHILM) and Charlie Benante (ANTHRAX) were honored with the "Legend" award at last night's (Thursday, January 22) "Bonzo Bash" at The Observatory in Santa Ana, California for pioneering the genre of music known as "thrash metal."

Video footage of the award presentation (courtesy of Bizarre Guitar), as well as a performance of the LED ZEPPELIN classic "Stairway To Heaven" — featuring Lombardo on drums — can be seen below.

Lombardo is a Cuban-American heavy metal drummer best known for his work with American thrash metal band SLAYER. Lombardo's music career has spanned more than 30 years, during which he has been involved in the production of more than 30 commercial recordings spanning a number of major genres with bands such as GRIP INC., FANTÔMAS, and TESTAMENT in addition to SLAYER.

Lombardo's musical interest was sparked by playing along to a SANTANA record with bongo drums and was later influenced by the musical styles of LED ZEPPELIN and KISS.

Lombardo is known as an aggressive heavy metal drummer and his use of the drums have been called "astonishingly innovative" and earned him the title "the godfather of metal double bass" from Drummer World. Over his career, he has had a significant influence on the metal scene, and has inspired many modern metal drummers.

As the creative force behind ANTHRAX since day one, Charlie Benante could be called the "yin" to Scott Ian's "yang."

Of course its much more complicated than that, but when it comes to what you see and feel in the band, Benante is likely behind it. Whether it's a drum kit, or computer, each is a tool that channels his aural and visual senses into the thrash metal monster that is ANTHRAX.

But when it comes to taste, Benante's is held in the highest regard… and we're not talking fashion! His taste is of the palatable kind. A coffee fanatic, Benante not only sports a Starbucks tattoo (yep, true), he creates his own bean blends and signature roasts under his own brand of java greatness.

When not caffeinating the world with his high-energy percussive ways in ANTHRAX, he can be found in his adopted hometown west of Chicago with his wife and young daughter. 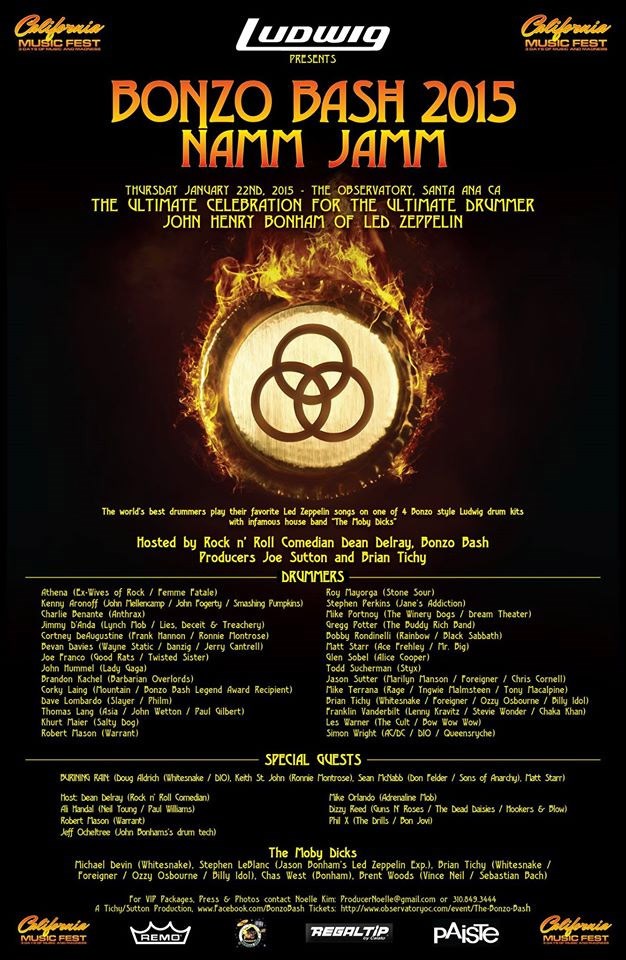