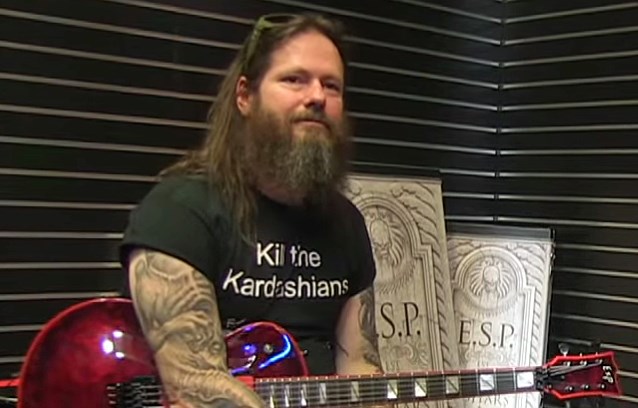 MusicStoreLive.com has uploaded video footage of Gary Holt, the respected guitar player who started with EXODUS in 1981 and joined SLAYER in 2011, demonstrating his new ESP signature-model guitar. Check out the clip below.

During an appearance at last month's NAMM show in Anaheim, California, Holt unveiled his new signature model based on the ESP Eclipse. The Gary Holt signature models come in a high-end ESP version (ESP Gary Holt) and two LTD versions, the GH-600 and GH-200. All come with Floyd Rose tremolo system and dual humbucker pickups.

"We have three price-point models," Gary told "In The Vault With Shanda Golden" about his new signature guitars. "You have the top-of-the-line, most badass guitar I've ever seen and ever been associated with. And then you have, over there, you have the black-and-red one, which I think is as stunning as anything. It's affordable and it plays amazing — an incredible guitar. And here you have your starter guitar, which is still better than anything I started out with as a kid. It's, like, awesome."

METALLICA guitarist Kirk Hammett, an early bandmate and decades-long friend of Holt, commented, "Gary has influenced a whole generation of metal guitarists with his wicked riffs and leads in EXODUS. I'm happy that he's jumped on for the ESP ride!"

Holt joined EXODUS in 1981 shortly after their formation, and has been the band's main songwriter ever since. Holt has performed on every EXODUS album, and is considered highly influential in the world of thrash metal. In 2011, he began filling in for SLAYER guitarist Jeff Hanneman at live shows, and became the band's full-time co-guitarist as of 2013, while remaining a member of EXODUS. In October, EXODUS released its tenth studio album, "Blood In Blood Out", on the Nuclear Blast label. 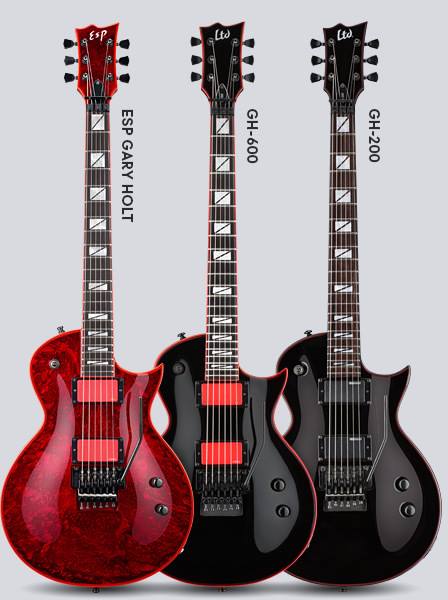