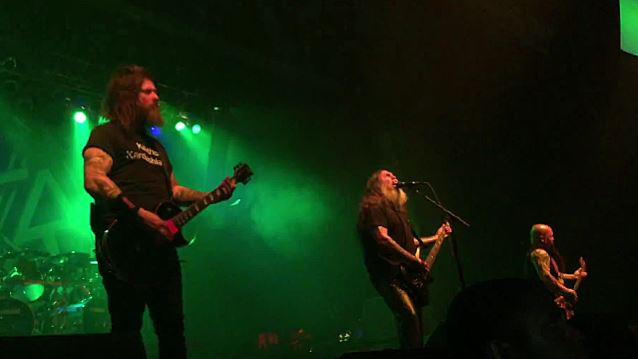 Fan-filmed video footage of SLAYER's entire June 16 peformance at The Paramount in Huntington, New York can be seen below.

SLAYER's eleventh studio album, "Repentless", will be released on September 11 via Nuclear Blast. The artwork for the CD was created by Brazilian artist Marcelo Vasco in collaboration with the band's Tom Araya and Kerry King.

The "Repentless" title track will be available digitally virtually everywhere around the globe this Friday, June 19.

The Metal Eagle will include the following exclusive items: 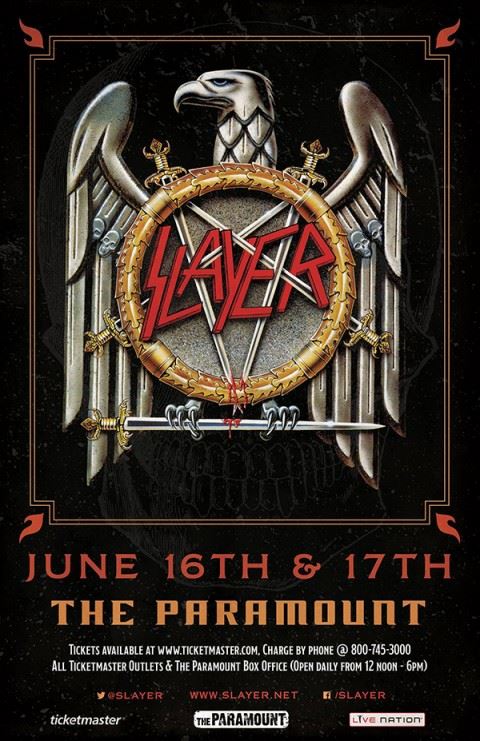