In support of "Repentless", the band's twelfth studio album and its career-highest chart debut, SLAYER will launch 2016 by pillaging and marauding its way across North America, headlining some two dozen dates over a five-week period. With special guests TESTAMENT and CARCASS on all dates, the tour starts on February 19 in Chicago and wraps up in Las Vegas on March 26. Confirmed dates are below. SLAYER's fan club pre-sale begins today at 12 noon local time. Ticket presales begin tomorrow, Friday, December 4 at 10 a.m. local time, and the public onsale commences Saturday, December 5 at 10 a.m. local time.

For this tour, SLAYER is offering several different limited-availability VIP packages that will include premiums such as watching SLAYER's entrance and first three songs from right onstage, access to the band's normally off-limits soundcheck, autographed collectibles, and a variety of custom VIP swag. Log on to SLAYER's Facebook for all VIP packages and ticketing details.

A BLABBERMOUTH.NET presale will occur tomorrow (Friday, December 4), starting at 10 a.m. local time across the majority of the tour markets. Fans can access tickets early by typing in the password "RAINING" (without quotes) when prompted.

A presale poster containing the password can be seen below.

For this upcoming tour, fans can expect to hear many of their favorite SLAYER songs selected from the band's 30-plus year discography, as well as a few of the brand new ones. As the Austin Chronicle put it about one of SLAYER's recent shows, "[It was] one hundred minutes of just plain pummel...the group delivered fast, hard, no-frills bludgeon."

With more dates to be announced, the first leg of SLAYER's 2016 North American tour is as follows:

"Repentless" was released on September 11 via Nuclear Blast. The follow-up to 2009's critically acclaimed, Grammy-nominated "World Painted Blood" was produced by Terry Date, who has previously worked with PANTERA, DEFTONES and SOUNDGARDEN. The artwork was created by Brazilian artist Marcelo Vasco in collaboration with the band's Tom Araya and Kerry King.

A new TESTAMENT studio album is currently being written for a tentative early 2016 release. The band's guitarist Eric Peterson recently told Lithium Magazine about the progress of the songwriting sessions for TESTAMENT's follow-up to 2012's "Dark Roots Of Earth": "We're on our eleventh record, and we're into this, like, 25, 30 years now. It's kind of, like, there's so many bands doing what we do, our style of music, and, I think, a band like us, when you've been around this long, you don't wanna just put out the same thing; you don't wanna do the cookie-cutter kind of thing, where you're just, like, 'Let's just copy what we did before.' For me, it's gotta come from the heart. So that's why it's taking so long. I think everybody will be stoked when it comes out."

CARCASS released a special edition version of its latest album, "Surgical Steel", on CD and digitally on October 30, and on vinyl on November 20 via Nuclear Blast. The "Complete Edition" includes the whole album "Surgical Steel", along with the entire "Surgical Remission / Surplus Steel" EP. All the songs were recorded during the "Surgical Steel" sessions, which were helmed by producer Colin Richardson (NAPALM DEATH, BOLT THROWER, GOREFEST, CANNIBAL CORPSE, SINISTER, RODRIGO Y GABRIELA) and mixed/mastered by Andy Sneap (MEGADETH, ACCEPT, EXODUS, TESTAMENT). 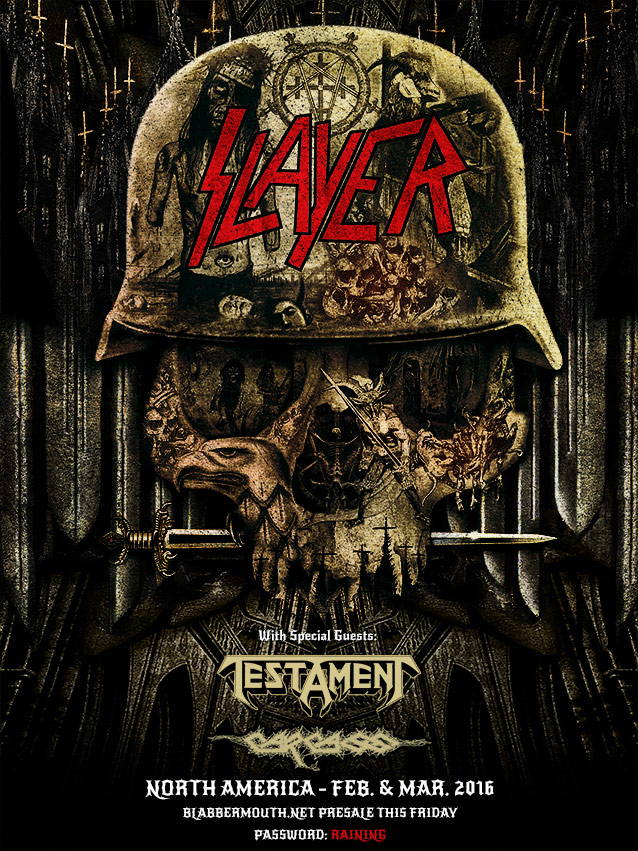