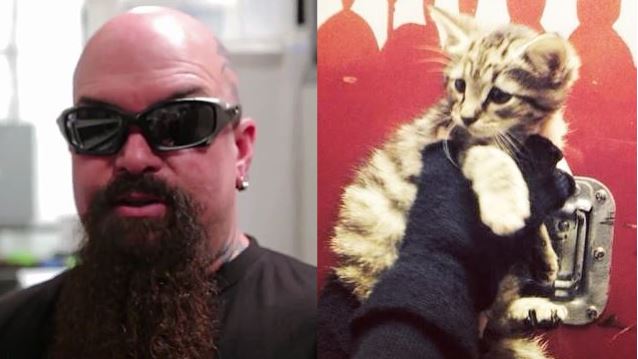 According to Nuvo.net, metal icons SLAYER and their entourage rescued a kitten in Indianapolis and placed it in a new home.

SLAYER's publicist Heidi Robinson-Fitzgerald released the following statement to Nuvo.net: "[The night of December 3, SLAYER guitarist] Kerry [King] and some of the crew went to dinner at Kerry's favorite steak house in Indy, St. Elmo's Steak House. Afterwards, the assistant tour manager, Jess [Cortese] saw a homeless man on the street who offered up this little kitten for a dollar. The kitten apparently was freezing so Jess took it, slept with her in her bunk on the bus and went to the venue with her today, hanging out. One of the runners knew someone who wanted a kitten, so the little guy now has a new home where he or she currently is."

The cat's new owner later posted a photo of the cat on the Old National Centre Facebook page, saying, "Here she is! I named her Gypsy! I gave her a bath last night then she slept for 5 hours on the heating pad. She's at the vet this morning being treated for fleas and worms. Thank you SLAYER for your act of kindness and thank you."

SLAYER is currently touring North America with support from SUICIDAL TENDENCIES and EXODUS.

The band recently returned to the studio to resume recording its new album for a tentative early 2015 release. Helming the sessions is Terry Date, who previously worked with SLAYER on the song "Implode", which was made available as a free download as a "thank you" to the band's fans for their continued support following the group's surprise performance at this past April's Revolver Golden Gods awards in Los Angeles.

Joining Kerry King and bassist/vocalist Tom Araya during the sessions for SLAYER's new album are returning drummer Paul Bostaph, who replaced Dave Lombardo last year, and guitarist Gary Holt (also of EXODUS), who has been filling in for Jeff Hanneman on tour for the past four years. 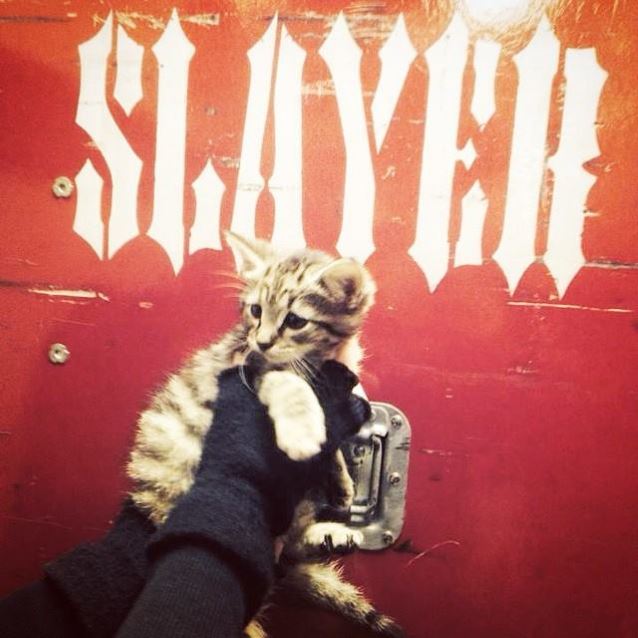