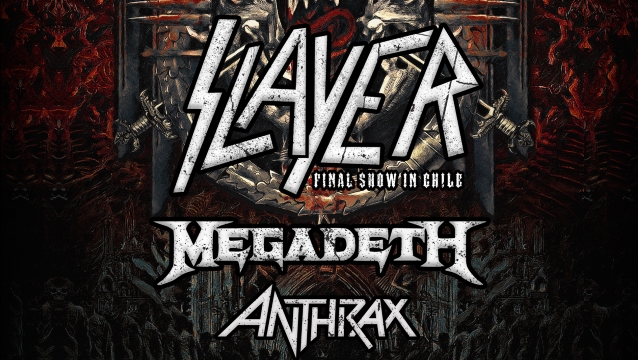 SLAYER, MEGADETH and ANTHRAX will share the stage once again when they perform at the Santiago Gets Louder festival on October 6 in Santiago, Chile. The three "Big Four" bands will be joined at the event by Chilean extreme metal pioneers PENTAGRAM.

The concert at Estadio Bicentenario de La Florida is being billed as SLAYER's final performance in frontman Tom Araya's native country of Chile.

Tickets for Santiago Gets Louder go on sale on June 5.

METALLICA bassist Robert Trujillo recently said that there has been no discussion about more "Big Four" concerts before SLAYER finally calls it quits.

During an interview with Australia's "The Music" podcast, Trujillo was asked if the "Big Four" concept finally came to an end because SLAYER is wrapping things up with its farewell tour.

"To be honest, I haven't heard any conversations about the 'Big Four,'" Robert responded. "We love SLAYER — I love SLAYER; they're one of my favorite bands. And ANTHRAX is amazing. And that was great what we did a few years back. But I haven't heard any conversations about that. I mean, obviously, we're still in the middle of our tour. And I'm not sure what [the other bands] are doing. I know, yeah, SLAYER is definitely on their final tour. I'm not even sure SLAYER's up for that or what."

He continued: "It's a weird question, because it hasn't been talked about or discussed, because everybody is kind of in the middle of their stuff right now. So I don't even know how to answer that. But I can say it was an incredible experience, and we all had a blast. And it was something that no one thought could really be done, and then it happened. And it was a beautiful thing. But, you know, I think at some point, everybody kind of moves on and they get wrapped up in their stuff, and that's kind of where everybody's at right now."

Last year, MEGADETH leader Dave Mustaine said that he would love play a "Big Four" show where all the bands "got treated fairly" instead of METALLICA performing a longer set and getting more stage space than the other groups on the bill. "It always kind of soured to me when you watch [METALLICA guitarist] Kirk Hammett say on the DVD ['The Big Four: Live From Sofia, Bulgaria'], when they're praying, and he says that 'we're the Big One,'" Mustaine told SiriusXM. "That just kind of shows you how the mentality was there — that it really wasn't the 'Big Four'; it was METALLICA and then the three of us."

Mustaine added: "I would love to see it done in a way where we all got treated fairly and we all played together, same amount of time, same kind of stage situation, but I don't think that's gonna happen. And it's cool, because SLAYER's gonna down in history, and they don't need the 'Big Four' to make them any more legendary than they already are. Nor do I."

Six years ago, SLAYER frontman Tom Araya said that the only thing that was standing in the way of further "Big Four" shows was "the politics of character in one particular band," with some fans speculating that he was talking about Mustaine and MEGADETH. 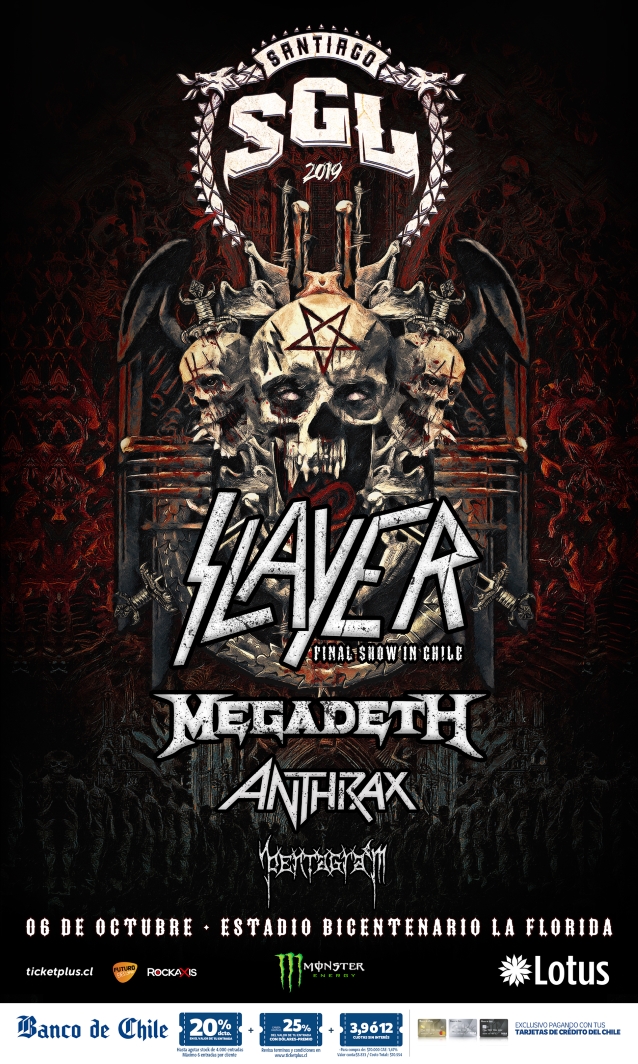