According to RollingStone.com, SLAYER, JANE'S ADDICTION, THE OFFSPRING and SAMHAIN are among the bands who will be playing albums from their respective catalogs in full at the Chicago edition of Riot Fest this summer. The albums that their respective bands will be revisiting in Chicago this year include SLAYER's "Reign In Blood", JANE'S ADDICTION's "Nothing's Shocking", the Glenn Danzig–fronted group SAMHAIN's "Initium" and THE OFFSPRING's "Smash". SLAYER will also perform "Reign In Blood" front to back at the Denver offshoot.

The Chicago edition of the festival will be the first time GWAR perform since the death of frontman Dave Brockie, who played the character Oderus Urungus. 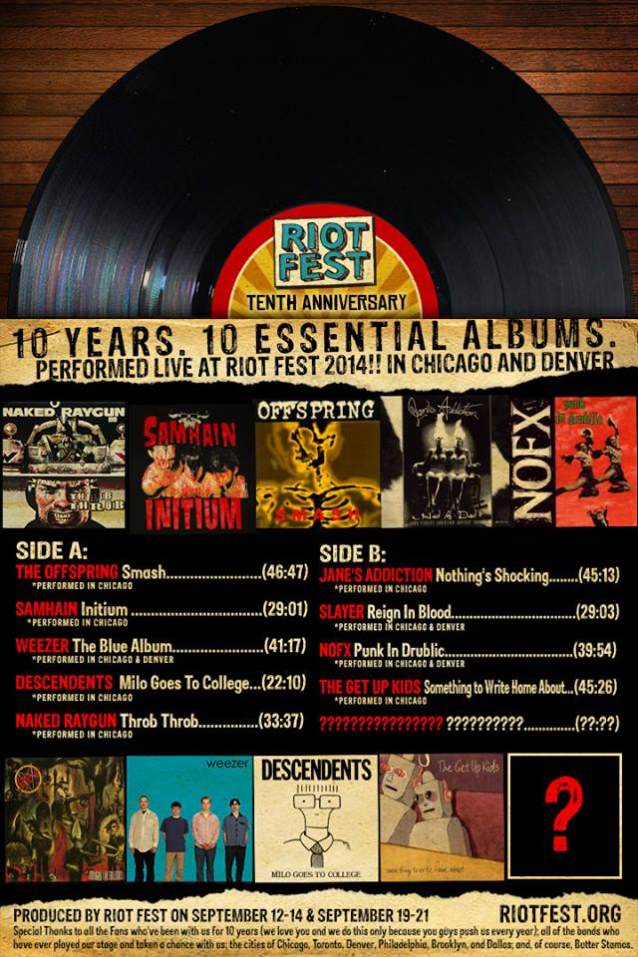