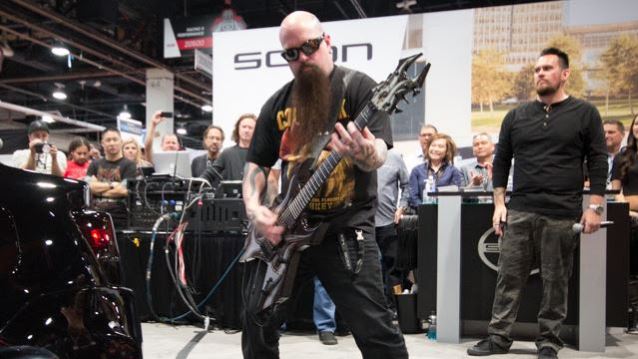 According to SLAYER guitarist Kerry King, the band is "pretty much done" recording its new album at Henson Recording Studios in Hollywood, California for an early 2015 release. The CD is being produced by Terry Date, who previously worked with the group on the song "Implode", which was made available as a free download as a "thank you" to SLAYER's fans for their continued support following the band's surprise performance at this past April's Revolver Golden Gods awards in Los Angeles.

During a November 6 appearance at the Specialty Equipment Market Association (SEMA) show in Las Vegas, Nevada, King stated about SLAYER's next studio album: "We just pretty much got done recording. We're gonna go in for, like, ten days at the end of this [run of shows with EXODUS and SUICIDAL TENDENDIES]… and record some more stuff. We've got enough for a record now. We're just gonna go in and record some more, 'cause we have time. And that should be out early next year."

King and SLAYER bassist/vocalist Tom Araya showed up at SEMA to prove what the new the Scion x Slayer Mobile Amp tC can do. King plugged his guitar directly into the Scion tC and played some of his monumental riffs through the car's custom Pioneer audio system featuring towers of speakers, a custom mixer and a 32-inch monitor for media playback. Scion AV "All Purpose Show" correspondent and legendary skater Sal Barbier was also there to speak with the duo and the interview will appear on an upcoming episode of the show.

Check out video footage and photos of King and Araya's appearance at SEMA below.

A new SLAYER song called "When The Stillness Comes" will be made available exclusively through Scion Audio/Visual (a.k.a. Scion AV), the in-house record label and lifestyle marketing division of the Scion marque produced by Toyota Motor Corporation for the North American market.

Joining King and Araya during the sessions for SLAYER's new album are returning drummer Paul Bostaph, who replaced Dave Lombardo last year, and guitarist Gary Holt (also of EXODUS), who stepped in for Jeff Hanneman after Jeff became ill four and a half years ago. 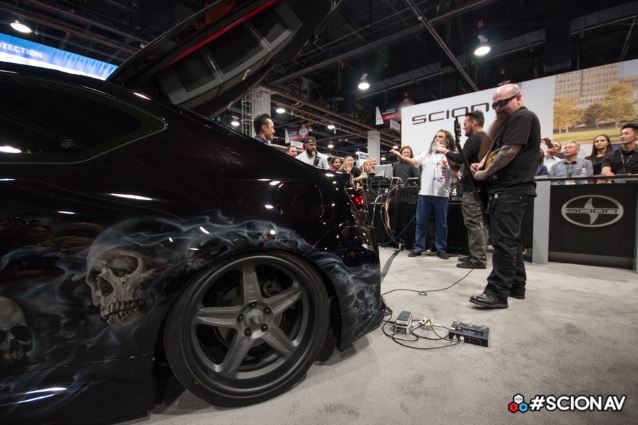 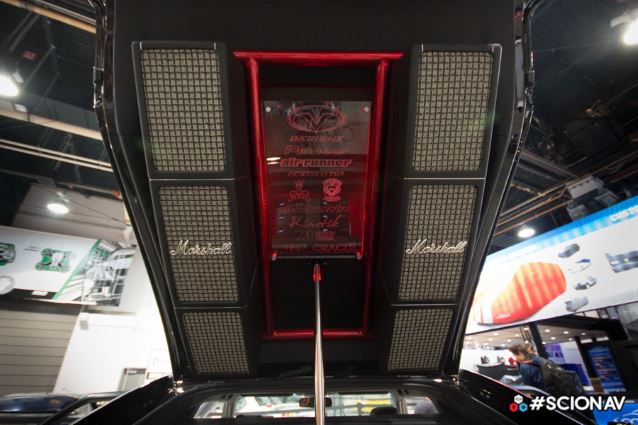 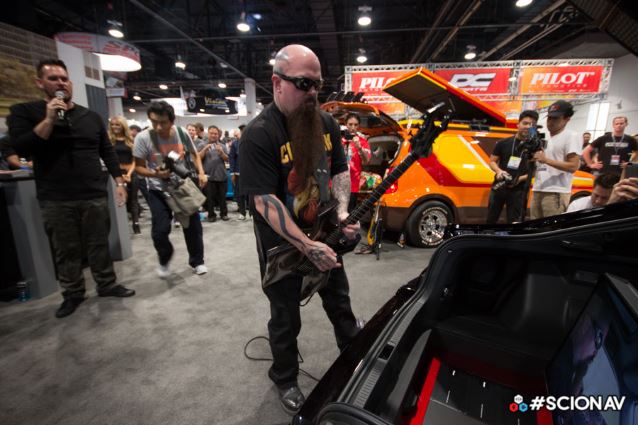 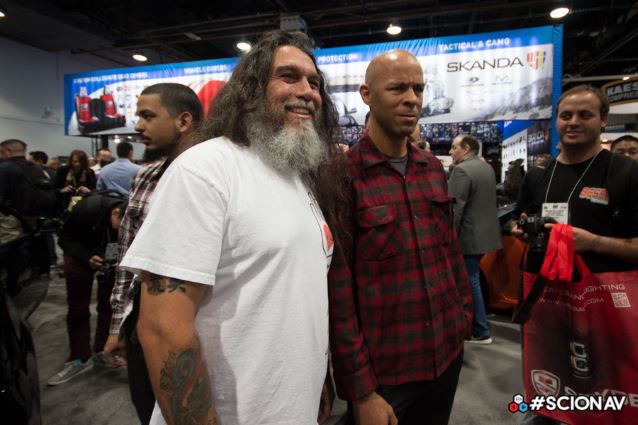 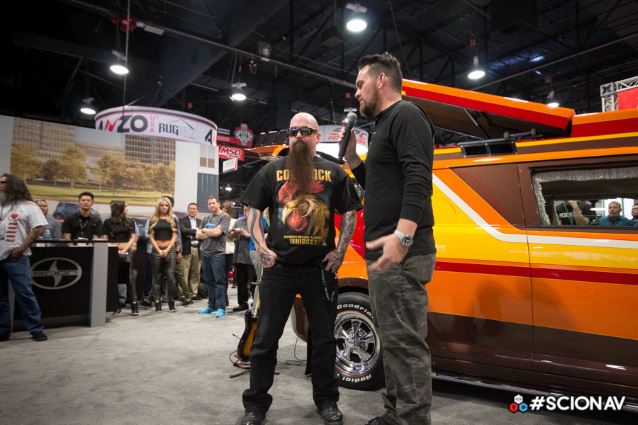