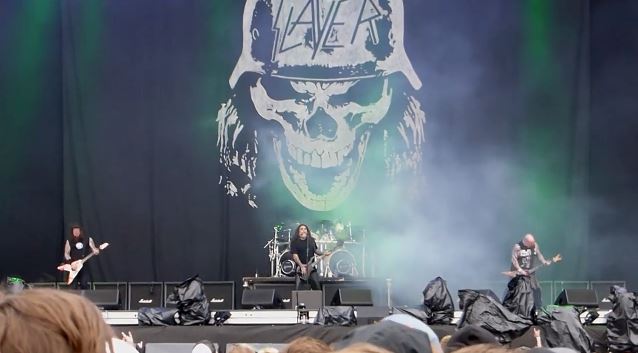 Fan-filmed video footage of SLAYER's entire May 30 performance at STHLM Fields at Gardet Royal Park in Stockholm, Sweden can be seen below.