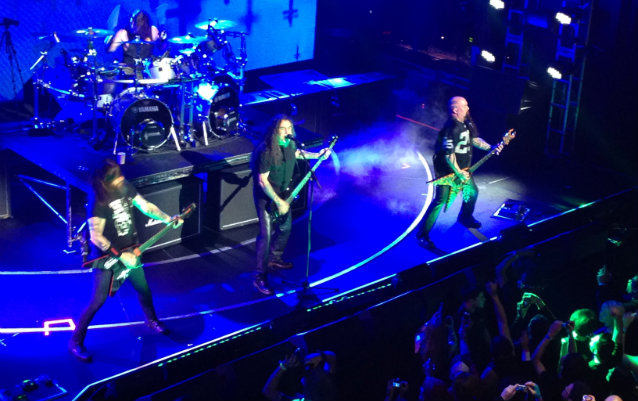 Legendary thrashers SLAYER debuted a brand new track, "Implode", during their surprise three-song opening set last night (Wednesday, April 23) at the Revolver Golden Gods awards show at Club Nokia in Los Angeles, California. The tune, which was recently laid down in the studio with producer Terry Date (PANTERA, DEFTONES), was preceded by "South Of Heaven" and "War Ensemble".

The studio version of "Implode" has now been released and can be streamed in the YouTube clip below.

"Implode" is expected to appear on SLAYER's next studio album, tentatively due later in the year via an as-yet-undisclosed record label following the expiration of the band's long-term deal with Rick Rubin's American Recordings.