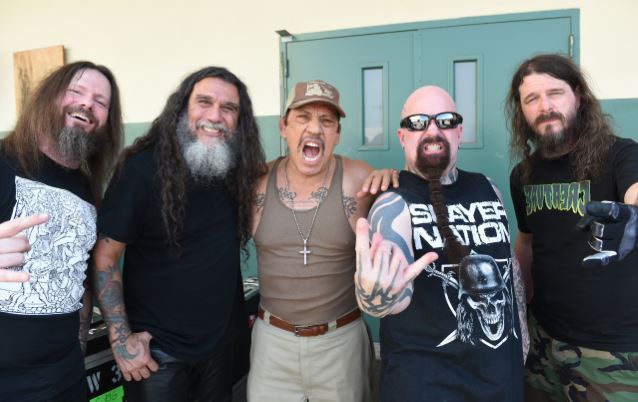 On August 26, SLAYER filmed a video for "Repentless" — the title track of the band's new album — at the Sybil Brand Institute, the women's prison in East Los Angeles. While SLAYER performed the track under that punishing sun over an eight-hour period, the "prisoners" had to stage a riot for somewhere north of twelve takes before director BJ McDonnell finally called it a wrap. But that was all pretty much in keeping with McDonnell's brutal vision for the clip, a vision that many in the veteran cast and crew referred to as "more like something for a feature film than a rock band's music video."

Behind-the-scenes footage from the "Repentless" video shoot — courtesy of RollingStone.com — can be seen below.

SLAYER's prison yard performance is just one facet of what promises to be a grizzly video.

While McDonnell and Rose are keeping full details about the video tightly under wraps until its premiere, it's safe to say that there was a lot of blood spilled within those prison walls.

The date for the premiere of SLAYER's "Repentless" music video will be announced shortly. 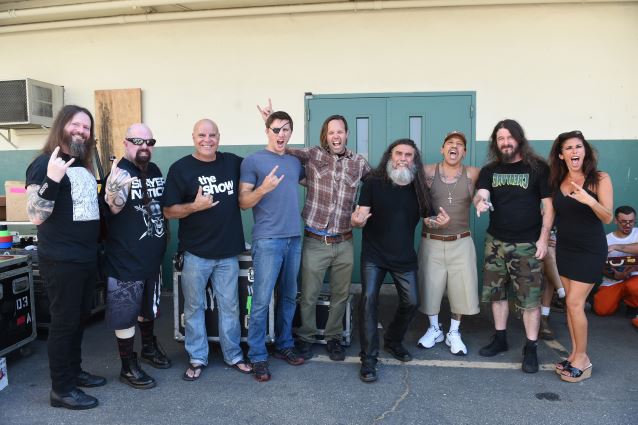 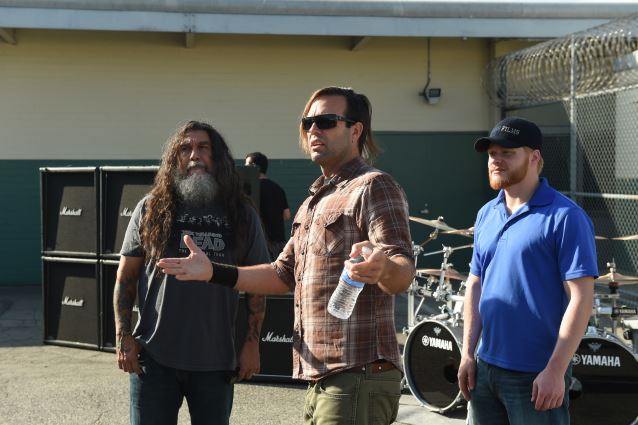 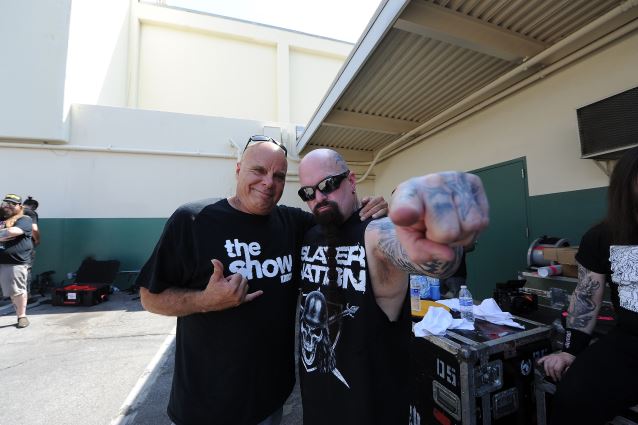 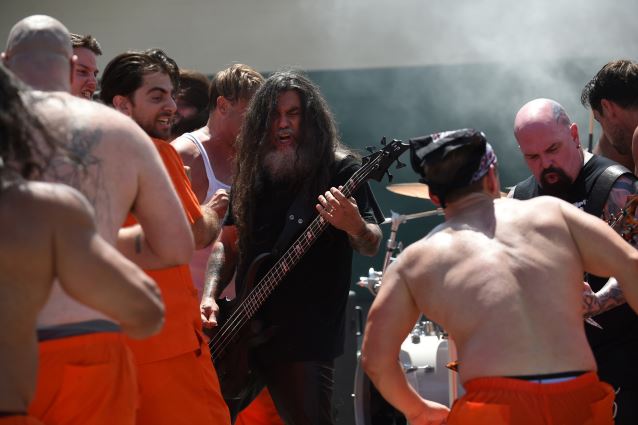 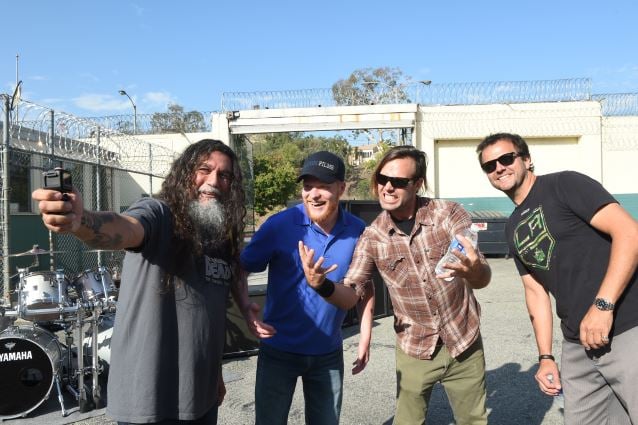 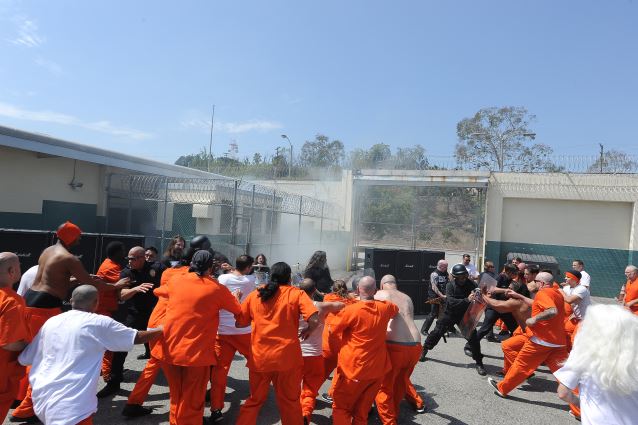 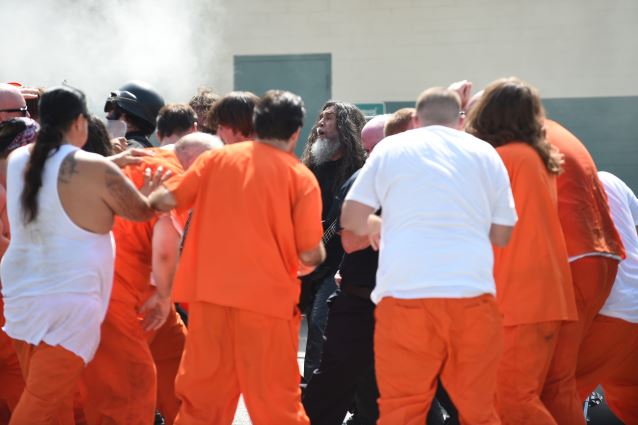