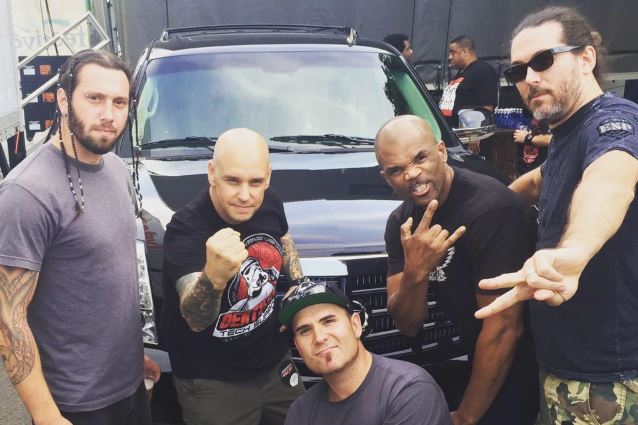 "Script Writer", the new video from the Montreal, Quebec, Canada-based nu/alternative metal band SLAVES ON DOPE, can be seen below. The clip, which was directed by JP Barcha Charlebois, features a guest appearance by Darryl "DMC" McDaniels of hip-hop legends RUN-D.M.C.

SLAVES ON DOPE singer Jason Rockman stated about the video: "Working with Darryl was a dream come true for us. Being RUN-D.M.C. fans since we were kids, he has always been someone we wanted to collaborate with. He came to Montreal prepared and later down his parts in three takes. A true pro. We bonded over our love of comic books and PUBLIC ENEMY, and he came back in July for the Montreal Comiccon, so we shot the video for the song while he was here. We can't wait for the world to hear what we created!"

"Script Writer" is taken from SLAVES ON DOPE's new album, "Horse", which will be released on October 7. It was recorded in Montreal at Uplift Studio and features additional guest appearances by Bill Kelliher (MASTODON), H.R (BAD BRAINS) and Lee-la Baum (THE DAMN TRUTH). The cover art is an original painting created especially for the release by Marvel Comics artist Marco Rudy.

Formed in 1993 by Jason Rockman and Kevin Jardine, SLAVES ON DOPE somewhat eschewed the grunge music explosion for a new and heavier metal sound. The band relocated from their native Montreal to Los Angeles, eventually signing with Ozzy and Sharon Osbourne's Divine Recordings. The subsequent release, "Inches From The Mainline", helped the band reach a much larger audience through radio airplay, retail sales, and touring, including Ozzfest and the SnoCore tour. The group recorded another album in 2003, and shortly after took an extended hiatus, returning with their 2012 independent release "Over The Influence". 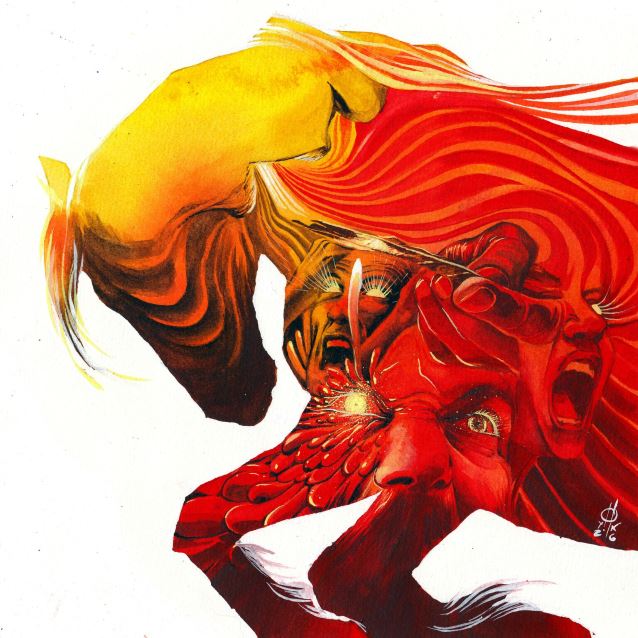