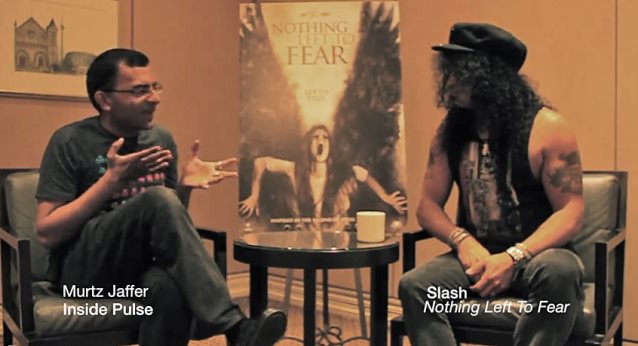 On August 24, Murtz Jaffer of Inside Pulse conducted an interview with Slash about the legendary guitarist's transition from music to movies and about Slasher Films' debut release, "Nothing Left To Fear". You can now watch the chat below.