Fan-filmed video footage of Slash's performance can be seen below.

Slash and his bandmates MYLES KENNEDY AND THE CONSPIRATORS — Myles Kennedy (vocals), Brent Fitz (drums), Todd Kerns (bass) and Frank Sidoris (guitar) — recently wrapped a world tour for their critically acclaimed album "Apocalyptic Love", which earned Slash his two first-ever #1 rock radio hits: "You're A Lie" and "Standing In The Sun". The CD was produced by Eric Valentine, who did the same honors for Slash's first, self-titled solo disc, and all the songs on "Apocalyptic Love" were written together by Slash and Myles Kennedy. 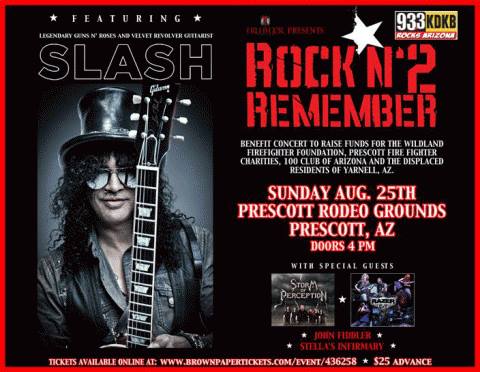