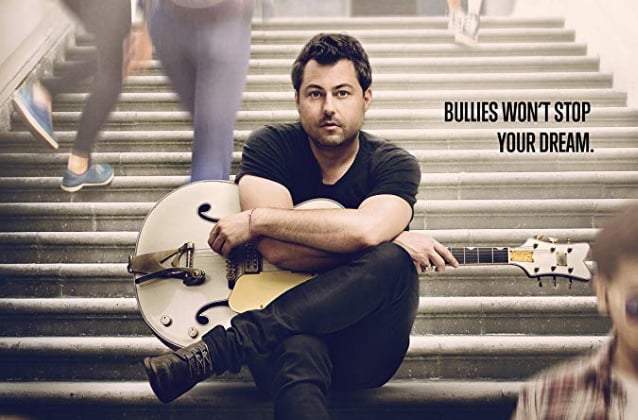 "#NoJoke" is a compelling documentary that follows musician Andrew Cole as he puts together a star-studded cast for a song to raise awareness about bullying. Along the way he tracks down celebrities, experts, and the ghosts from his own past to go beyond the tropes of today's anti-bullying campaigns and get to the heart of the issue.

In the beginning, it was just a tune created by one of Andrew's collaborators called "Joke". Something about it struck a chord, and as the song took shape in Andrew's mind, the demons from his youth came back to haunt him.

The documentary accelerates as his vision for the song grows to epic proportions, and he sets off on a mission to "put together an army" of musicians and artists to bring an end to bullying. But if he is truly have an impact, he knows that he can't just pay lip service to the issue — he has to actually understand what’s going on when kids become predators and prey.

The adventure takes him across North America and the U.K. to talk with authors and academics who have spent their lifetime thinking about the issue of violence in the schoolyard, and how to address it. He also teams up with paparazzi in Hollywood and runs every hustle he can think of to get to all the stars he needs to make his dream of the song a reality.

Through the journey, Andrew realizes that the issue of bullying is far more complicated than a song can possibly address and far more personal than he ever imagined.

"We have great respect for the artists who contributed to make this possible," said Loftus. "Frankly, at the outset, no one knew who Andrew was and there was really no reason for them to do so. We're thankful that so many of them cared. Some were affected by bullying — as victims or as bullies themselves — and wanted people to know they're not alone. We also believe this film adds something important to the discussion about bullying. Bullying hurts, but what can we do about it? This film shows that there are different perspectives and views on what to do, and whether it's working. And at times it challenges our conventional ideas — including how we draw the line between victim and perpetrator. We think it's an ideal time for this conversation, and we thank the experts who participated in this project. We hope it will spark both personal reflection about how we treat each other, and discussion about how we best approach this issue together."

"#NoJoke" will be released on VOD and digital on October 22. 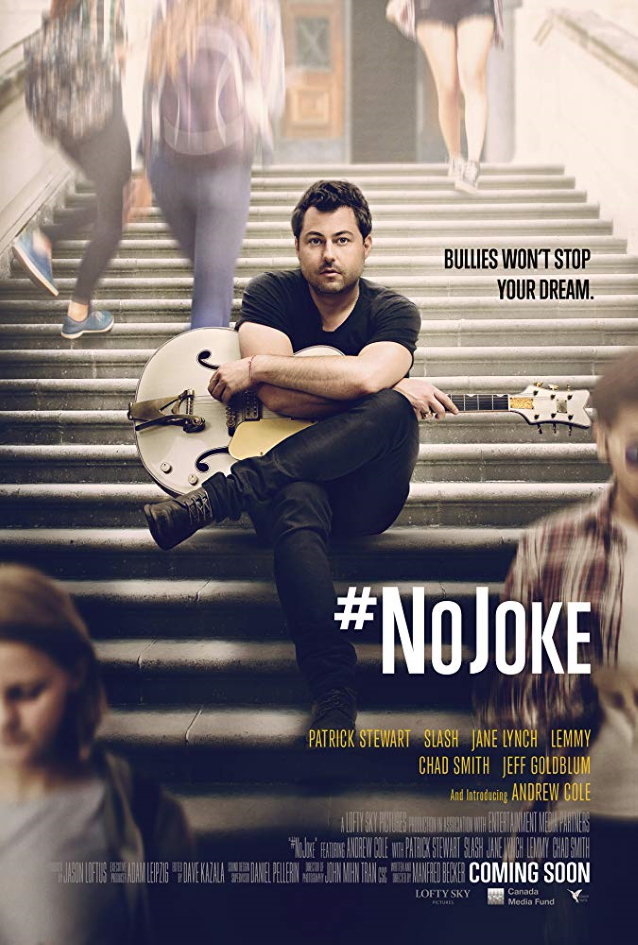