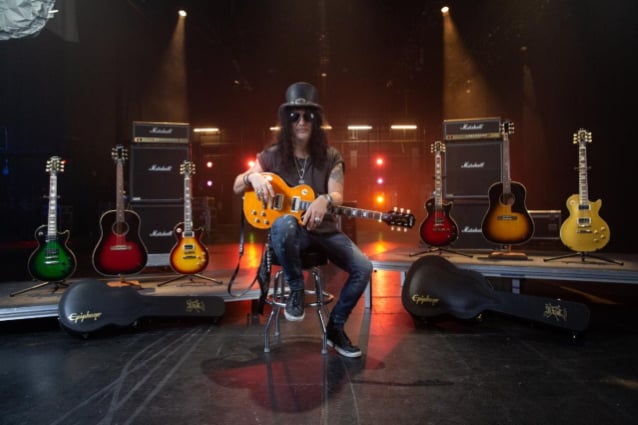 Slash recently joined Dave Cobb on the latest episode of the producer's "Southern Accents Radio With Dave Cobb" podcast on Apple Music Country to discuss the GUNS N' ROSES guitarist's forthcoming album "4" featuring Myles Kennedy and THE CONSPIRATORS, due out next February and recorded and produced by Cobb in Nashville. Slash talks about following in the footsteps of VAN HALEN and LED ZEPPELIN in titling the album, recording live in the room in RCA Studio A, how CREAM's "Disraeli Guitars" made him want to pick up the guitar, and more.

Speaking about his love for iconic VAN HALEN guitarist Eddie Van Halen, Slash said: "By and large, I really don't come from this sort of eighties shredding school of guitar playing at all. But when I first heard, along with everybody else, in 1978 and first heard the VAN HALEN debut record, it really fucked me. That was a heavy fucking record. I mean, that was the moment that the Seventies just changed, that particular record. And as a guitar player, I was just a kid, I was just picking up the guitar at that time. I hadn't even started at that moment. I started like the following year, but when I started getting into guitar playing, everybody was trying to emulate Eddie and they were all sort of focusing on the obvious techniques and the fucking finger tapping and the harmonics and the tremolo bar stuff and all these really fucking great techniques that Eddie had. But the way that he did it was such a part of his personality and it was such a part of his melodic sensibility that it had this really sort of musical fluidity that nobody after that really ever came close to playing that style of guitar playing. And so I always loved Eddie. And in between any of his very specific techniques, he also just had great fucking rock and roll lyrics, just really cool, bluesy, fucking rock lyrics. So, yeah, [I] loved Eddie."

Slash previously called Eddie a guitar "innovator," "a gifted musician" and "an amazing artist." He told Consquence Of Sound last December: "The thing about Eddie is that he was such a gifted musician. Any instrument he had chosen to play would have been phenomenal, because he just had that pure musical talent. And he chose guitar, because that's what turned him on. And for somebody with that kind of musical talent to get turned on to rock 'n' roll guitar was sort of unique unto itself, because most of us guitar players are a ragged bunch of rock 'n' rollers who don't have too much technical ability or schooling. We just sort of go for this raw thing. And he had that, but he also had this musical, sort of classical gift. Then, on top of that, just being somebody sort of like Les Paul, who hears something in his head or has an idea and creates it. So it made him a triple threat. He was a great guitar player, but he was also this amazing musician, so it just made his guitar playing that much greater. And then he was an innovator on top of it, creating new things with whatever his imagination came up with. So he was just an amazing artist, period."

On the day that Eddie died, Slash told WGN News that he was "a little shocked" by the legendary VAN HALEN guitarist's passing. "It's hard for me to verbally say anything, other than I'm just devastated," he said. "Eddie was really cool. And I've been talking to him — we've been texting. And I knew he was sick, but I didn't wanna ask him how sick he was. But he was in a hospital in L.A. for a while. And I knew [expletive] was up, but I didn't expect that today at all. So I'm floored."

Asked what he thinks Eddie's legacy will be, Slash told WGN News: "Eddie changed guitar playing. I picked up the guitar, I guess it was 1979, 1980. The first VAN HALEN record came out, and Steven Adler, who was GUNS N' ROSES' original drummer, when we were kids, we used to just hang out and ditch school and go to the pizza place and whatnot. And we used to listen to that first VAN HALEN record, and it was just insane. It was, like, 'What the [expletive]?'

"He changed guitar playing," Slash continued. "He was such an amazing musician, amazing guitar player, amazing innovator and just a hell of a guy. And we really lost a major contributor to rock and roll today."

Eddie and Alex formed VAN HALEN in 1972 in Pasadena, California, with David Lee Roth on lead vocals and Michael Anthony on bass. 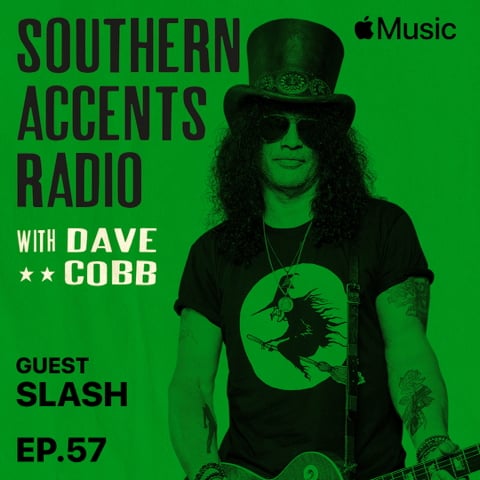