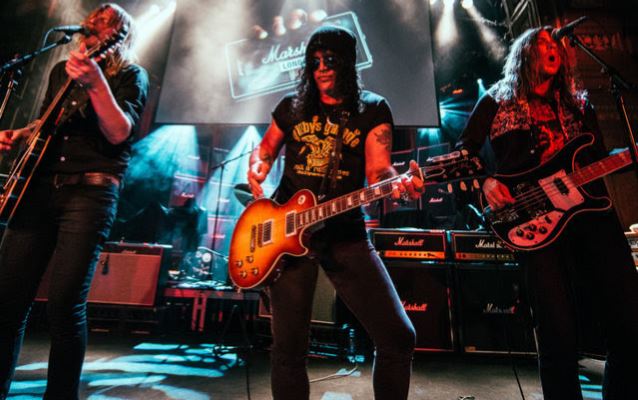 GRAVEYARD opened the set by playing two new songs, "Magnetic Shunk" and "The Apple And The Tree", before welcoming Slash for cover versions of CREEDENCE CLEARWATER REVIVAL's "Fortunate Son", THE BEATLES' "Helter Skelter" and BLACK SABBATH's "Children Of The Grave".

Fan-filmed video footage of the "Children Of The Grave" performance can be seen below.

GRAVEYARD's fourth full-length album, "Innocence & Decadence", will be released on September 25 via Nuclear Blast. The CD was recorded at Atlantis Studios in Stockholm, Sweden with Janne Hansson (ABBA, THE HIVES, OPETH) and Johan Lindström (TONBRUKET).