SLASH FEATURING MYLES KENNEDY AND THE CONSPIRATORS have uploaded official behind-the-scenes footage from their February 22 concert at Le Zénith in Paris, France. Check out the clip below.

As previously reported, the February 20 show by SLASH FEATURING MYLES KENNEDY AND THE CONSPIRATORS at Eventim Apollo in London, England was professionally filmed for future release.

Slash's latest album, "Living The Dream", was released in September via his own label Snakepit Records, in partnership with Roadrunner Records. 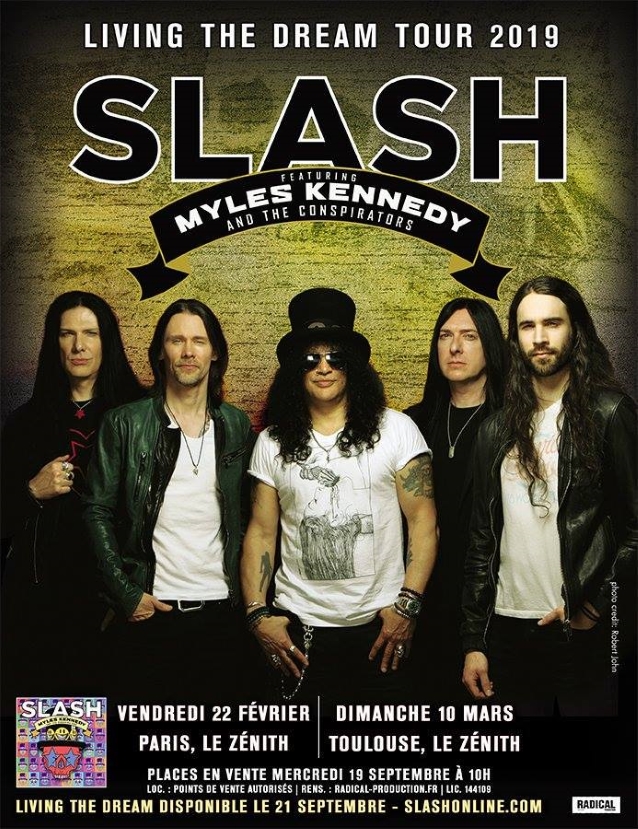