SLASH FEATURING MYLES KENNEDY AND THE CONSPIRATORS will embark on a North American tour this summer in support of their latest album, "Living The Dream".

"Living The Dream" was released in September via Slash's own label Snakepit Records, in partnership with Roadrunner Records. 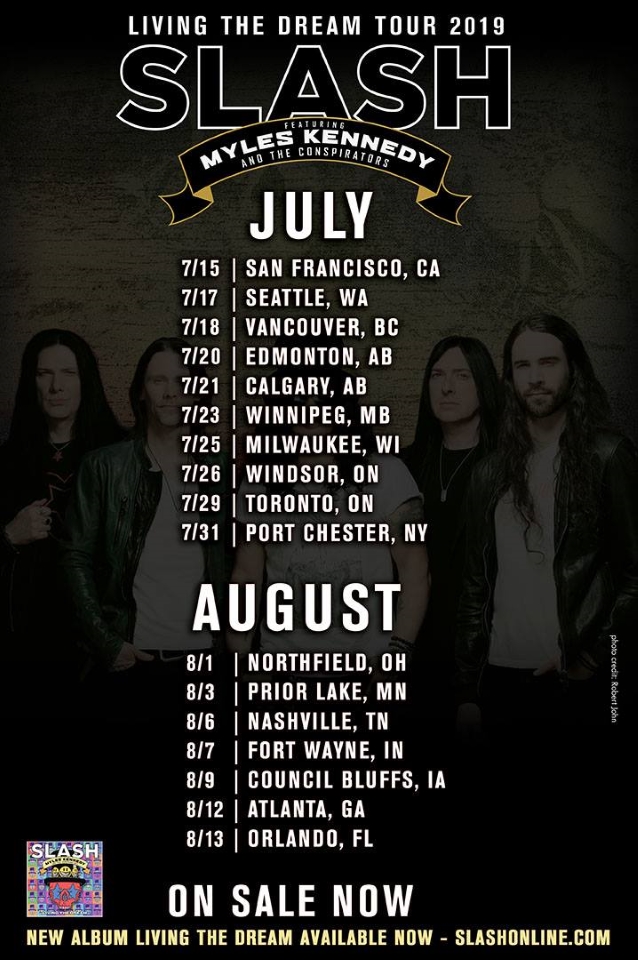