Billy Gibbons of ZZ TOP and ALLMAN BROTHERS BAND drummer Butch Trucks will be honored and perform at an Adopt The Arts benefit concert and event on January 12 at The Roxy in West Hollywood, California.

Sorum was interviewed on this morning's (Friday, January 9) edition of "The Heidi & Frank Show" on KLOS 95.5 FM radio station in Los Angeles, California about the January 12 event. Video footage of his appearance can be seen below.

Adopt The Arts is a non-profit charitable foundation dedicated to saving the arts in public schools. Sorum said: "Kids learn four times better with music and arts, without which their education suffers and we lose a creative force of the future."

The Adopt The Arts foundation sprang to life in 2010 when Abby Berman became aware that the music program at the Rosewood Avenue School, where her children were students, was scrapped because of budget cuts. Berman alerted friend and musician Matt Sorum, and the two jumped into action — adopting schools and restoring their music programs; and harnessing the star power of several actors and musicians to help raise awareness and funding. 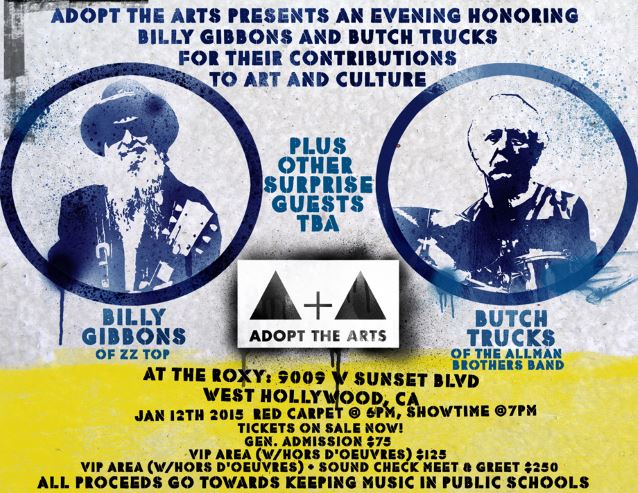