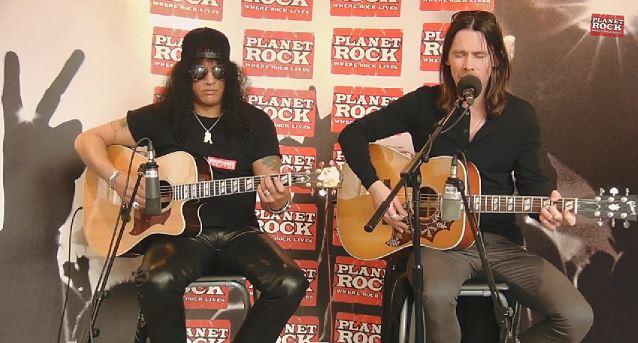 Slash and Myles Kennedy recently took part in an acoustic performance at the studios of the UK digital radio station Planet Rock. You can now watch the footage below.

Slash will release his new album, "World On Fire", on September 15. The former GUNS N' ROSES guitarist and his backing band, MYLES KENNEDY & THE CONSPIRATORS, recorded 17 songs for the follow-up to 2012's "Apocalyptic Love". Among the tracks on the record are "Shadow Life", "Automatic Overdrive", "Wicked Stone", "Bent To Fly", "Battleground" and the title track, which also serves as the set's first single.