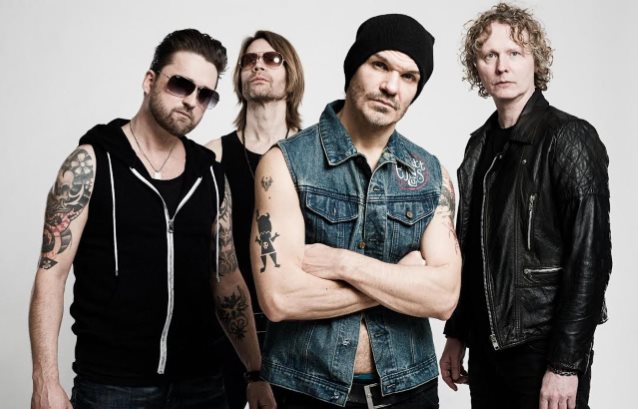 Swedish hard rockers SKINTRADE have released an official video for their cover version of the song "Wide Awake", originally recorded by Katy Perry. Check it out below. The track is taken from SKINTRADE's new album, "Scarred For Life", which was released on July 24 via AOR Heaven. Once again, the CD was recorded, co-produced and mixed by Oscar Ammer.

"We wanted to do something special on this record and I came across this song and instantly liked it," SKINTRADE vocalist Matti Alfonzetti said about "Wide Awake". "It had that quality we were looking for in a cover and we felt we could deliver a version true to what SKINTRADE stands for and still pay our respect to one of Sweden's most outstanding songwriters and producers, Max Martin."

Working with producer Geo Slam was also a highlight. "Geo had a different approach to what we usually go for and the result was awesome," Matti said.

According to SKINTRADE, "Scarred For Life" saw the band concentrate on "songs and musicianship" and it is "a natural follow-up" to 2014's "Refueled".

"Our focus always was and always will be on the songwriting and the ferocious riffs and grooves to match," says Alfonzetti: "This time we started writing almost within a week after the release of 'Refueled'; that's how inspired we were to continue releasing good songs and to show our fans that we are in it.

"We're really proud of the new album and we definitely feel that this is our best effort so far. We can't wait to get out on the road again and meet our old friends and to make new ones." 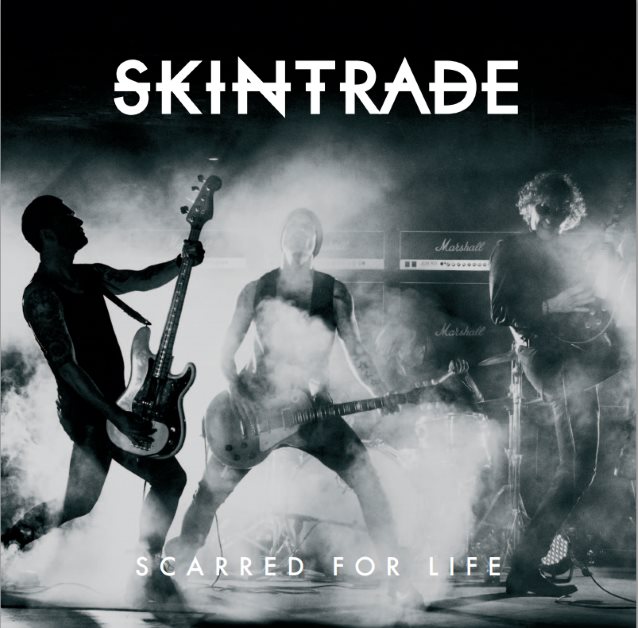