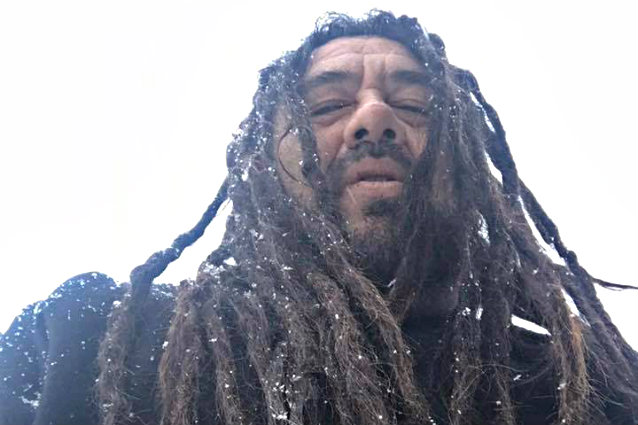 "End Of Silence", a brand new song from reactivated San Francisco Bay Area metallers SKINLAB, can be streamed below. The track marks the first new music from the band since 2009's "The Scars Between Us" album.

SKINLAB says: "We are excited to share the first new music in nearly ten years. Just a taste of what's to come... Occult 2018!"

The song was produced by Steve Holt of 36 CRAZYFISTS and Juan Urteaga and the video for the track was created by Mika Whitfield.

SKINLAB played a string of West Coast dates in the spring celebrating the twentieth anniversary of its debut album, "Bound, Gagged And Blindfolded".

The original lineup of SKINLAB — Esquivel, Hopkins (drums), Gary Wendt (guitar) and Mike Roberts (guitar) — played "Bound, Gagged And Blindfolded" in its entirety at the BlackThorne Screamfest in October 2106 at the Pico Rivera Sports Arena in Pico Rivera, California.