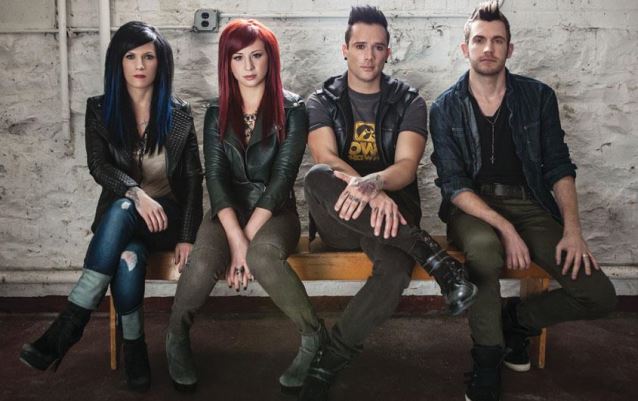 According to The Pulse Of Radio, SKILLET is making headway on its new album and has plans to hit the studio this year.

The band's upcoming album comes on the heels of 2013's "Rise", which debuted at No. 3 on The Billboard 200 chart and ended up going platinum.

Singer John Cooper told Billboard, "We're planning on recording this summer. June will mark two years for 'Rise', and I would like to be releasing a record this year. So we're working toward that goal, and even if we don't we'll release it early next year."

Cooper, who says he’s really inspired lately, has been working closely on music with keyboardist Korey Cooper, his wife and bandmate.

He said, "I haven't been this excited about writing a record in, like, seven years or eight years, and it's just been kind of a joyous time, actually. I've been signing autographs on the tour and meeting tons of people, and when I meet people like that it inspires me to write and I'm feeling inspired and just excited to still be making music and hopefully write songs that people can relate to and can make them feel better about themselves or help them through hard times."

SKILLET is currently on its Winter Jam tour and has dates lined up throughout the year.