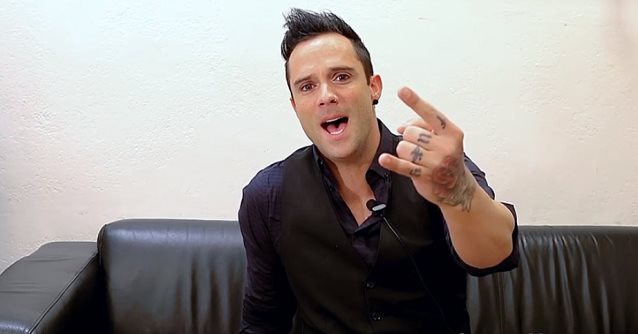 On October 31, GuitarMania.eu conducted an interview with SKILLET frontman John Cooper in Vienna, Austria. You can now watch the chat below.

Keyboard and guitar player Korey Cooper told The Pulse Of Radio that the band was perhaps more prepared to make this record than any of its others. "We kind of went in the studio knowing the arrangements we wanted, the sounds we wanted," she said. "Most of my programming was done prior to the studio. Guitar tones we wanted...everything was pretty much set, so it was a matter of just choosing what songs we were gonna do."

SKILLET was recently on the road in North America as part of the Carnival Of Madness tour with SHINEDOWN and other acts.

The quartet is currently taking part in a month-long European tour as openers for NICKELBACK.