In partnership with Z2 Comics, SKILLET will release its first-ever graphic novel on August 27. "Eden: A Skillet Graphic Novel" is based on an original story idea created by SKILLET frontman John Cooper alongside the creative team of Z2 Comics: Josh Frankel and Sridhar Reddy. Writers Alex Paknadel and Dan Watters of Random Shock Studios wrote the comic with Cooper. Artist Chris Hunt created the cover and worked on the pages of the comic.

Cooper recently spoke about his love for superheroes, how comics were such an influential part of his childhood and thus why the opportunity for SKILLET to help create their own graphic novel is a dream come true.

"I fell in love with super heroes before I could ride a bike," he said. "My best friend and I used to dress up in our underoos (for those who were born after the '80s, underoos were superhero-styled underwear). I would run around the neighborhood in nothing but my underoos and my Batman cape that my mom hand-made for me. Something about being powerful and virtuous — and apparently colorful — made me feel like I could change the world around me.

"It wasn't until I was about 10 years old that I fell in love with comics. Like most things in my childhood, I was influenced by my older brother who would religiously go to the comic shop and buy books. I wanted to be like him, of course. I also should mention the fact that In the mid-'80s, it was not 'cool' to be into comics. If you were a comic nerd, you had to love it enough to pay the price on your social status. I have always believed that if you were proud of who you are then you shouldn't be ashamed of what you love. And with my mom in the hospital battling cancer, I had bigger problems in my life than other people's opinions. I needed an escape. I needed a place to feel powerful. Like the world could be made right again. Where good wins. All the hours reading and drawing comics provided a small measure of hope in my life.

"When I got a call asking if I'd be interested in discussing a possible graphic novel, I jumped at the chance. This was a bucket-list item for me. I wrote a concept and some themes that I would want to say — and we were off to the races. Meeting with writers and artists was nothing short of thrilling for this comic nerd.

"Since that original conversation to what the book has now become, I have fallen in love with the world of 'Eden'. This book has the same DNA as my music. It's exciting and theatrical, with a tinge of the supernatural. But mainly, behind it all, there is a feeling that is hard to put into words — some fans call it hope, or love, or community. I just say that 'Eden', like our music, has a feeling like you've heard this song before, but it was so long ago that you just cannot remember the words. But as it continues to play, you find yourself singing along. And the song you are singing feels like home."

SKILLET's tenth full-length album, "Victorious", will be released on August 2 via Atlantic.

In support of "Victorious", SKILLET will headline a tour this August joined by SEVENDUST with special guests POP EVIL and DEVOUR THE DAY. 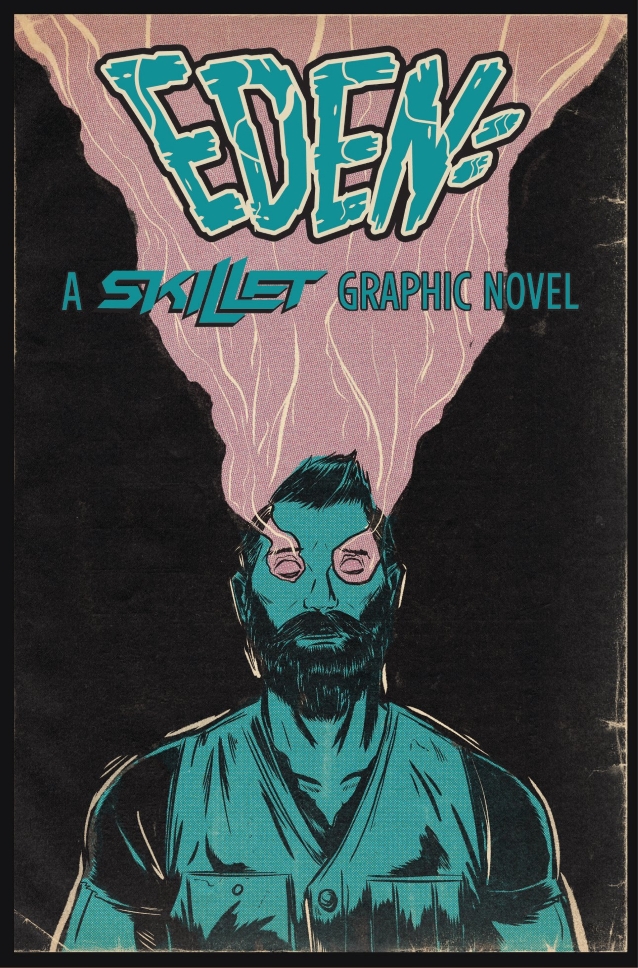