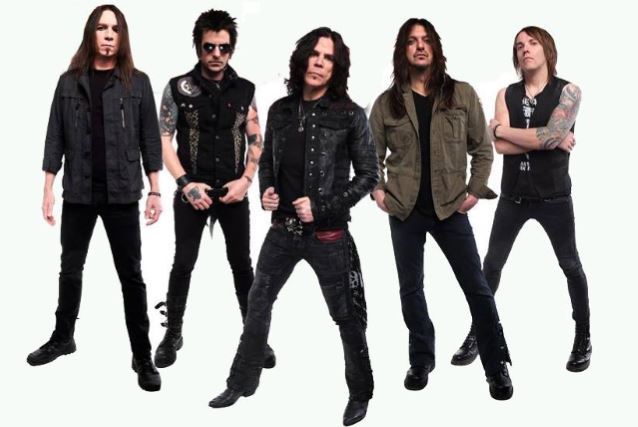 The remaining members of SKID ROW have released the following statement regarding the departure of their singer of the past eight months, former TNT frontman Tony Harnell:

"To the SKID ROW faithful,

"As you may know, Tony Harnell quit the band yesterday. We found out about his decision the same way all of you did, via his post on social media. He had posted that he was no longer in the band before informing the band personally.

"The last we spoke with Tony was on December 17. He was in the hospital being treated for 'bronchitis with asthmatic symptoms.' We were all very concerned and offered any assistance we could to help him get healthy. Due to his condition, we were forced to cancel our show in Chicago on December 19. The next time we heard anything was his post yesterday.

"That being said, we are all moving forward and wish Tony the best in his future endeavors.

"Lastly, amidst all of the rumors and speculation, there has been no talk of a reunion [with former SKID ROW singer Sebastian Bach] nor are we opening for GUNS N' ROSES.

"That's it for now. We'll keep you updated as best we can.

"Thanks for your support and understanding. See you in 2016!"

Harnell announced his departure from SKID ROW on Tuesday, writing on his Facebook page: "I'm sorry to inform everyone that I'm no longer the lead singer for SKID ROW. I thank the fans for their love and support!" He added in a separate post a couple of hours later: "I was not fired from SKID ROW, I quit. Being ignored and disrespected isn't my thing. I had a great time performing with the band and singing so many great songs. I don't regret a thing!"

SKID ROW guitarist Dave "Snake" Sabo recently told The Aquarian Weekly about the possibility of the band reuniting with Sebastian Bach: "Happiness, to me, is my spirit and my soul is more important to me than having dollars in my wallet. People may [not] believe that and that's okay. Anybody who knows me knows that to be true. I don't think you can place a price on happiness. We've been hit repeatedly over the years with, 'Why don't you do a reunion tour?' And you know what? I understand the question and I get it. I really do, and if I were on the outside, I'd be asking the same question, but no one feels comfortable with that idea."