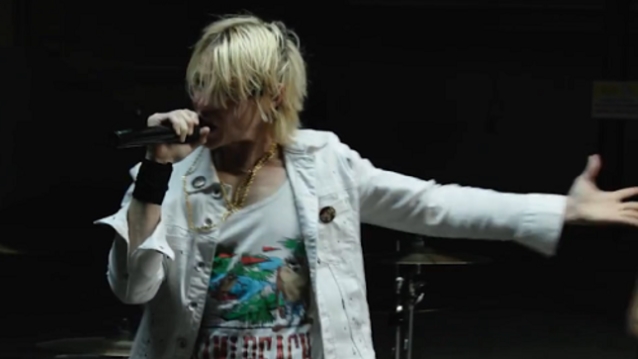 Cox says: "We formed AMERICAN TERROR to do something new. It's classic punk attitude with metal grooves and a modern attack. It's the punch in the throat that music is missing. I think we really found the right guys to do something new and interesting. And when it came time to look for a label, we thought EMP was a perfect fit. After an introduction from our mutual friend Mike Clink, Thom and I hit it off, and it was instant chemistry. And from there it was pretty much inevitable."

Adds EMP's Thom Hazaert: "AMERICAN TERROR is just a balls-to-the-wall, kick-ass, rock and roll band. And as a label that really straddles that fence between the classic and the modern, I knew they would be a great fit. When the guy who produced 'Appetite For Destruction' tells you to check out his friend's band, you do. And generally, it's gonna be awesome. And that was definitely the case with AMERICAN TERROR."