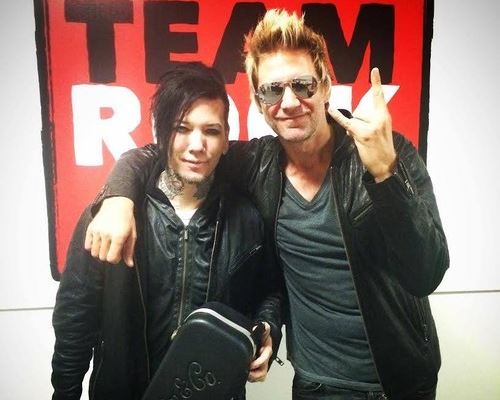 James Michael and DJ Ashba of SIXX: A.M. recently took part in an interview and acoustic performance on the TeamRock Radio "Breakfast Show" in the United Kingdom. They talk to comedian and Metal Hammer journalist Stephen Hill about making the new SIXX: A.M. album, "Modern Vintage", with bandmate Nikki Sixx, the future of the band once MÖTLEY CRÜE has officially disbanded, and they perform live acoustic versions of "Stars" and the new single, "Gotta Get It Right". You can listen to it using the SoundCloud widget below.

"Gotta Get It Right" audio stream: