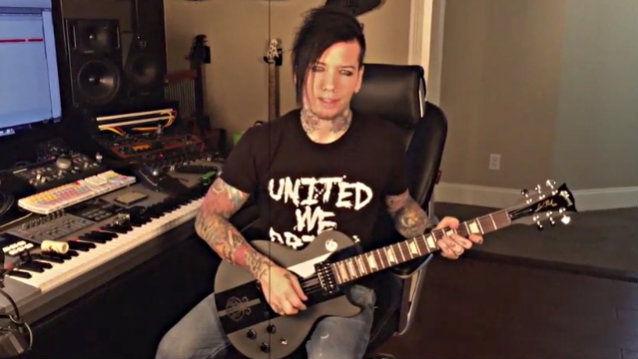 In the nine-minute clip below, SIXX: A.M. guitarist DJ Ashba (also of GUNS N' ROSES) teaches you how to play the band's new song "Stars". The track is taken from SIXX: A.M.'s third album, "Modern Vintage", which will be released on October 7 via Eleven Seven Music.

Michael continued: "It's one of the most aggressive rock songs we have — the tempo is a lot faster than we usually write. It's one of those moments you always hope for as a songwriter, where the melody line, lyric and the track all marry. That chorus explodes — it gives me goosebumps every time I hear it, and I've heard it thousands of times. … I really hope that it ends up being a single at some point, because I think SIXX: A.M. fans will really relate to it on a lyrical level, and they'll also feel very comfortable that they're hearing a SIXX: A.M. song."

The "Gotta Get It Right" video can be seen below. The clip was directed by Paul Brown in mid-June.