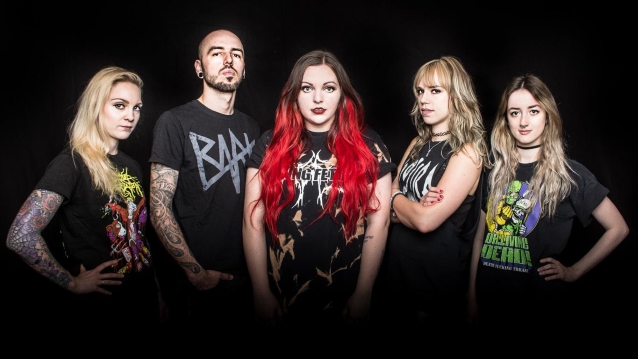 The official lyric video for the song "Little Shits" from Dutch death metallers SISTERS OF SUFFOCATION can be seen below. The track is taken from the band's second studio album, "Humans Are Broken", which will be released on March 1 via Napalm Records.

SISTERS OF SUFFOCATION commented on the new video: "This song is about doing what you love and following your dreams, regardless of what other people may think of it. It is about diversity and equality, as well as having a passion for music and living for it to the fullest. It is about being yourself and trying to deal with people putting you down due to ignorant views and blatant prejudice. Finally, it is about overcoming negativity and putting your foot down, 'cause no one has to take shit from another person simply because they live their lives and love it. We hope you all enjoy it; we certainly do! Also: big shout out to Marc van Peski for the live pics in the video."

SISTERS OF SUFFOCATION remained an all-female band until last year when Amber de Buijzer exited the group and was replaced by Kevin van den Heiligenberg. 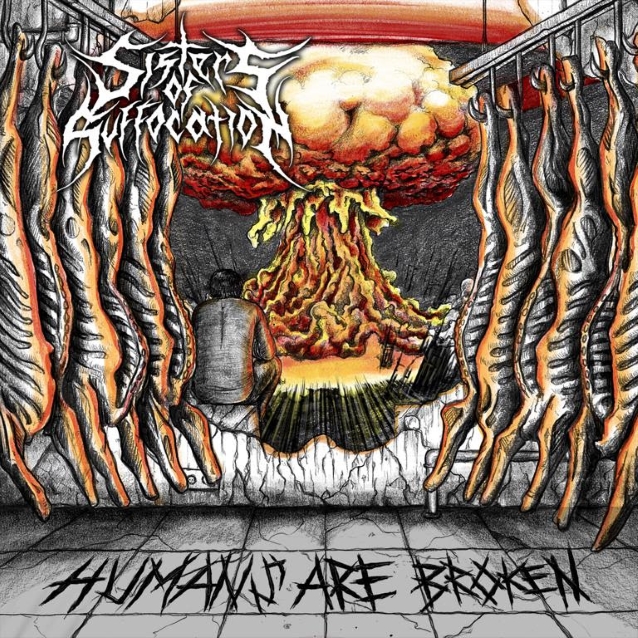