Swedish female-fronted band SISTER SIN, which just finished filming a video for the song "On Parole" in Stockholm with director Bill Schacht (AMON AMARTH, DIO, ALICE COOPER, KING DIAMOND), will shoot a second clip, "One Out Of Ten", in August with Eric from Hammerstream Films. Both cuts come SISTER SIN's debut album, "Switchblade Serenades", which will be released in Europe on September 26 via Metal Heaven Records and in North America on October 14 through Victory Records.

"Switchblade Serenades" was produced by Tobias Lindell at Bohus Sound Studios in Sweden and features the following tracks: 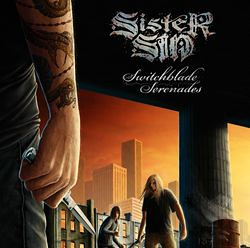 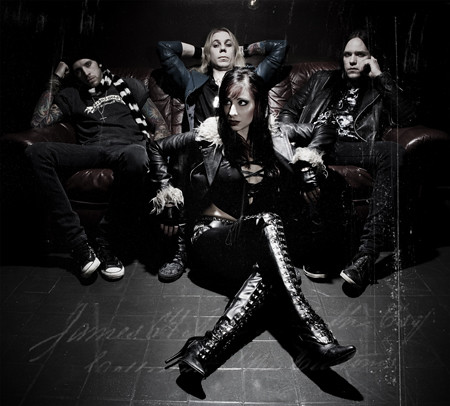