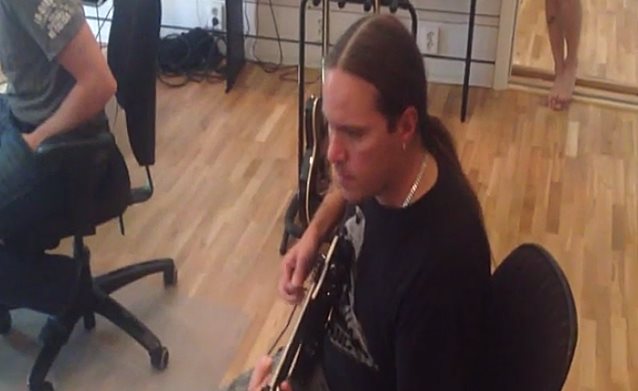 Swedish female-fronted heavy rockers SISTER SIN are currently in the studio recording their fourth album for a late 2014 release via Victory Records.

The first in series of video blogs featuring footage from the studio can be seen below.

SISTER SIN's newly remastered version of its first studio album, "Dance Of The Wicked", was released as a CD+DVD package on June 25, 2013 via Victory Records.

* All eight tracks from the original album "Dance Of The Wicked", released in 2003
* Three bonus previously unreleased demo tracks
* Two cover songs, one of which features a guest appearance by Doro Pesch
* All-new artwork in a digipack
* Full-color foldout gig poster

* All 10 music videos on one DVD
* Additional bonus material

SISTER SIN's third album, "Now And Forever", entered the official chart in the band's home country of Sweden at position No. 44. Released on October 23, 2012 via Victory Records, the CD was recorded at Standstraight Studios in Stockholm with producer Chris Snyder and was mixed by Cameron Webb (MOTÖRHEAD, SOCIAL DISTORTION, DANZIG).