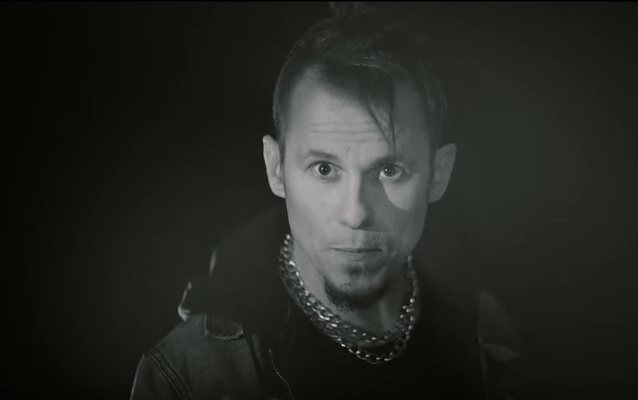 Vocalist Joacim "Jake E" Lundberg has broken his silence regarding his departure from AMARANTHE, the successful Swedish melodic metal band he co-founded.

AMARANTHE has kept an active touring schedule in between recording and releasing four studio albums. Following AMARANTHE's tour of Japan with HELLOWEEN last September, Jake E, one of the band's three vocalists, announced he would "take a break" from the band to focus on other projects, with SMASH INTO PIECES vocalist Chris Adams stepping in for him at AMARANTHE's recent shows.

"I've had some fantastic seven years with AMARANTHE," Jake told Roppongi Rocks. "We have achieved success far beyond what I expected when we formed the band.

"I am very proud of what we have achieved with AMARANTHE: creatively and commercially, in the studio and on stage in front of our great fans. Now I am stepping off the AMARANTHE tour bus and will go on to do new things. I am involved with plenty of great things, both in the music space and in other creative areas."

Jake E, who will perform in March with his old band DREAMLAND, has spent time hosting a radio show, working on film projects and producing the debut album by Finnish band EMBER FALLS.