SIN DIZZY's self-produced debut album, which originally came out on October 10, 1998, will be reissued on November 28 via Girder Records.

Formed in May 1994 by STRYPER guitarist Oz Fox and ex-STRYPER bassist Tim Gaines, SIN DIZZY's LP sold well among the Christian metal fans, especially STRYPER devotees. However, only limited copies of the debut were ever made and sold. Now more than 10 years later, "He's Not Dead" has arrived. Digitally remastered and repackaged in this very special limited, second edition, this new re-release comes complete with new enhanced artwork, liner notes, historical band photos and more.

"The only way to understand SIN DIZZY music is to experience it," Oz Fox stated.

The band played several festivals in the United States, including a summer rock festival in Puerto Rico where STRYPER frontman Michael Sweet joined SIN DIZZY on stage in front of 11,000 and performed several STRYPER hit songs. 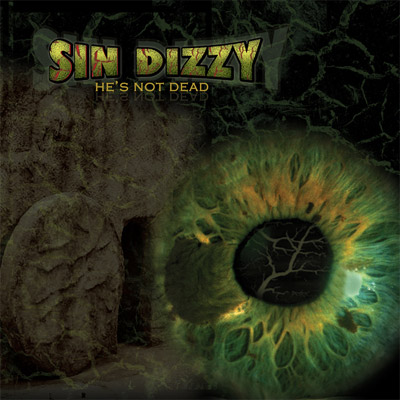