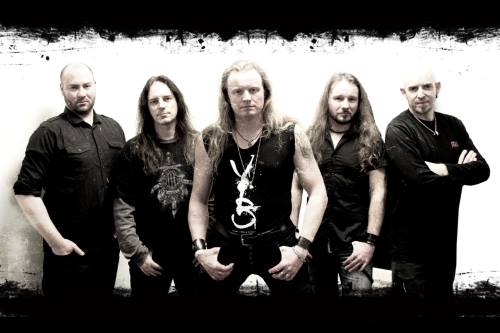 SINBREED's sophomore album will be released next year.

Comments SINBREED guitarist Flo Laurin: "We are really excited to work with AFM.

"Now that we've got the new lineup ready and the new record is in the making, we are looking forward to work with such a strong and experienced partner who is deep-seated in the metal scene. Great things to come."

Siepen last year joined SINBREED as a full-time member after previously performing live with the band at a couple of shows, including the ProgPower USA XIII festival in Atlanta, Georgia.

Commented SINBREED leader Flo Laurin: "To welcome Marcus as a constant member was a obvious step and it just feels right. I'm really looking forward working with him on new meterial for our second album, coming late 2013."

Fan-filmed of SINBREED performing a brand new song, "Reborn", during their ProgPower USA XIII performance can be seen below.

SINBREED's brand of power metal is described as a "blistering combination of speed, melodic and aggressive arrangements combined with high and soaring vocals."