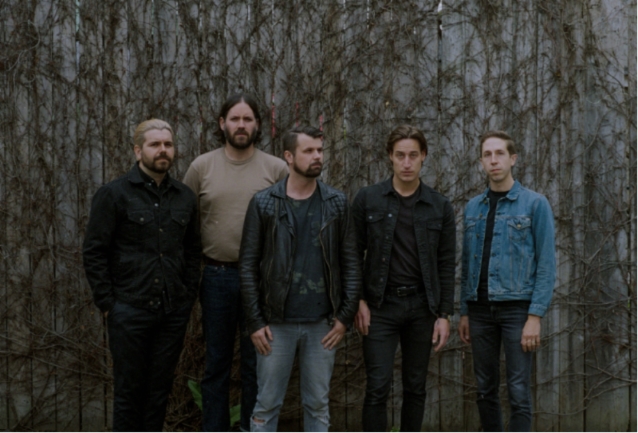 SILVERSTEIN has announced a massive North American tour in celebration of its 20th anniversary as a band. The group will perform three sets: its breakthrough album "Discovering The Waterfront" in full, greatest hits and stripped-down acoustic. Special guests include FOUR YEAR STRONG and I THE MIGHTY.

"It feels absolutely incredible to be celebrating 20 years as a band," says vocalist Shane Told. "It feels like just yesterday we were starting this thing in Josh's basement — singing out of Shel Silverstein books and National Geographic magazines — and here we are embarking on our biggest tour ever. Playing three sets is definitely a huge undertaking, but you only turn 20 once. I'm excited to give our fans the longest show of our career — pulling out all the stops."

SILVERSTEIN recently released a new single called "Burn It Down" alongside the announcement that the band has signed to UNFD. The track features guest vocals from Caleb Shomo, the frontman for the Columbus, Ohio hard rock band BEARTOOTH. While both bands have performed live together a handful of times as SILVERTOOTH, "Burn It Down" is the first recorded music they have collaborated on.

Longevity is a rare feat for any band, especially one rooted in a foundation of punk and hardcore. Aggressive music is often fueled by youthful fire, and sustaining a career without completely abandoning that urgent sound is almost impossible for most bands.

But what's possible for "most bands" has never been a concern for post - hardcore pioneers SILVERSTEIN. Throughout the course of their almost 20-year career, from Ontario basement shows to touring the world and selling over a million records, SILVERSTEIN has always managed to be completely comfortable in their own skin while never being afraid to challenge themselves.

Shane continues: "It's been an amazing 20 years and this epic show is our way of saying thank you to all of our fans who jam out to us — whether they have been there since the first EP or just discovered us last month. We have the best fans in the world. Their endless support has been the reason we have been able to do this constantly for the last 20 years — to give back with this tour is the least we can do."

SILVERSTEIN is currently in the studio recording its ninth studio album.

With FOUR YEAR STRONG, I THE MIGHTY 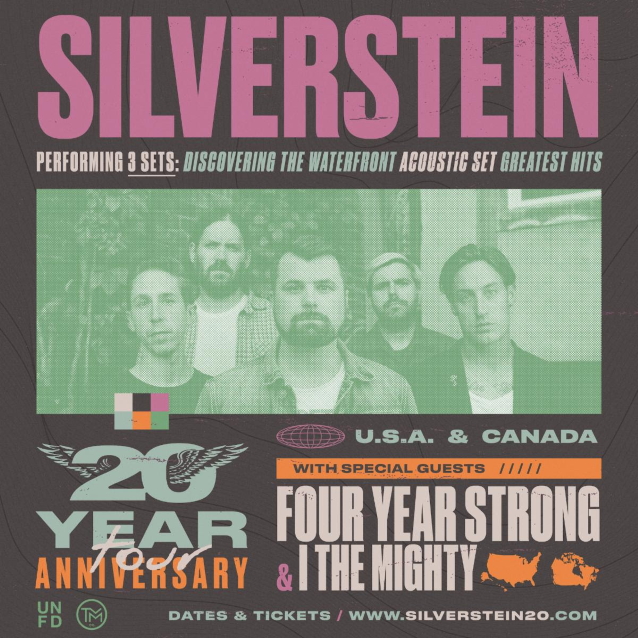