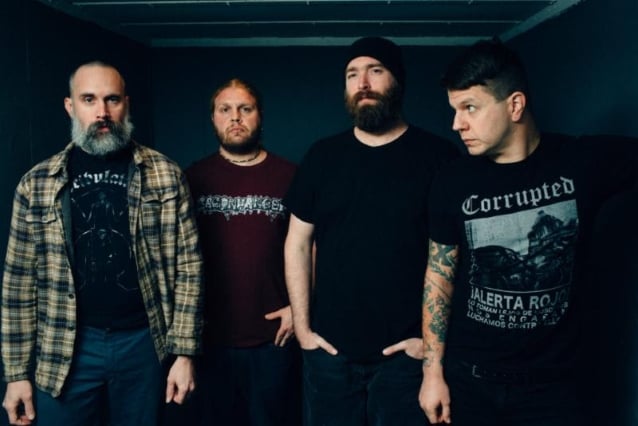 Detroit grind ensemble SHOCK NARCOTIC will release its debut full-length, "I Have Seen The Future And It Doesn't Work", on August 16 via Housecore Records.

Forged in 2018, SHOCK NARCOTIC features former THE DILLINGER ESCAPE PLAN guitarist Jeff Tuttle, CHILD BITE vocalist Shawn Knight, current SHIT LIFE/former THE BLACK DAHLIA MURDER drummer Zach Gibson and BATTLECROSS bassist Don Slater, spewing forth a vicious synthesis of grind, metal, and hardcore. Mastered by Brad Boatright (CONVERGE, INTEGRITY, OBITUARY) with guest backing vocals by FULL OF HELL's Dylan Walker, the 14 tracks that make up "I Have Seen The Future And It Doesn't Work" are a whirlwind of dystopian dread and existential nihilism. Decibel magazine lauds its "quick bursts of frustration...," and "effective combination of past and present into one bowl of bitterness."

"I Have Seen The Future And It Doesn't Work" will be made available on CD, LP, cassette, and digital formats.

01. I Have Seen The Future
02. Erratic Smearing Vitals
03. Seed Shooters
04. Mutually Beneficial Subterfuge
05. Aimless Slogging
06. Offspring Hobbled
07. Smegma In The Shape Of A Man
08. Pray For Paralysis
09. Sliced Self / Multiple Lives
10. An Obsession Supreme
11. As Good As Gone
12. Perpetual Regression
13. Failure As Tradition
14. Everyone Is Forgotten 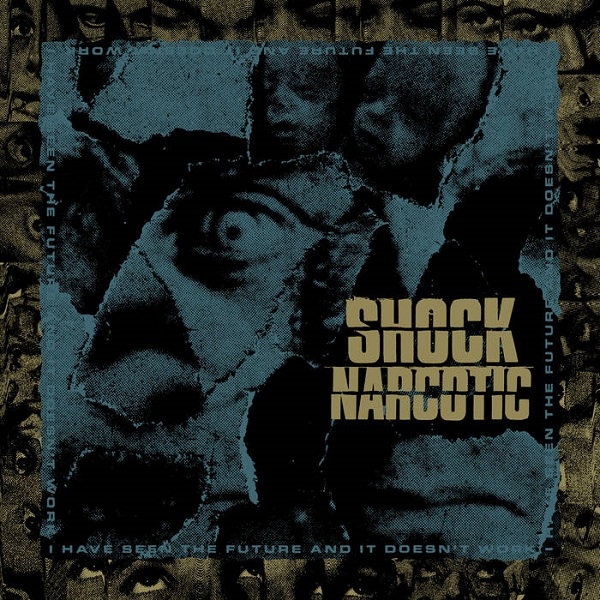