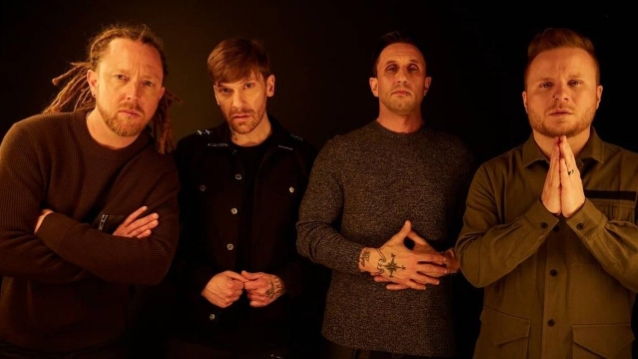 SHINEDOWN has announced "An Evening With Shinedown" live dates — an intimate, limited run of shows kicking off May 6 in New Orleans. These nine special shows will offer fans an exclusive, up-close-and-personal live experience amidst the 2019 "Attention Attention" world tour, which will see SHINEDOWN pack arenas backed by its biggest, most eye-popping production yet. Following the high demand for tickets to SHINEDOWN's three intimate, year-end shows at the House of Blues in Orlando on December 27-29, the band is thrilled to be bringing "An Evening With Shinedown" to select cities around the country.

Additionally, SHINEDOWN will return to their roots in Jacksonville, Florida for an epic set at Welcome to Rockville on May 4 at Metropolitan Park. Tickets go on sale December 7 at noon ET.

"An Evening With Shinedown" tour dates:

"Attention Attention", SHINEDOWN's sixth studio album, debuted at No. 1 on the Top Rock Albums chart back in May. The follow-up to 2015's "Threat To Survival" marked SHINEDOWN's first full-length effort to be produced entirely by bassist Eric Bass. The 14-song release that tells the story of a character who starts out defeated and slowly overcomes pain and personal struggles and becomes confident at the end. The album also lyrically touches upon singer Brent Smith's former drug addiction and Bass's depression. 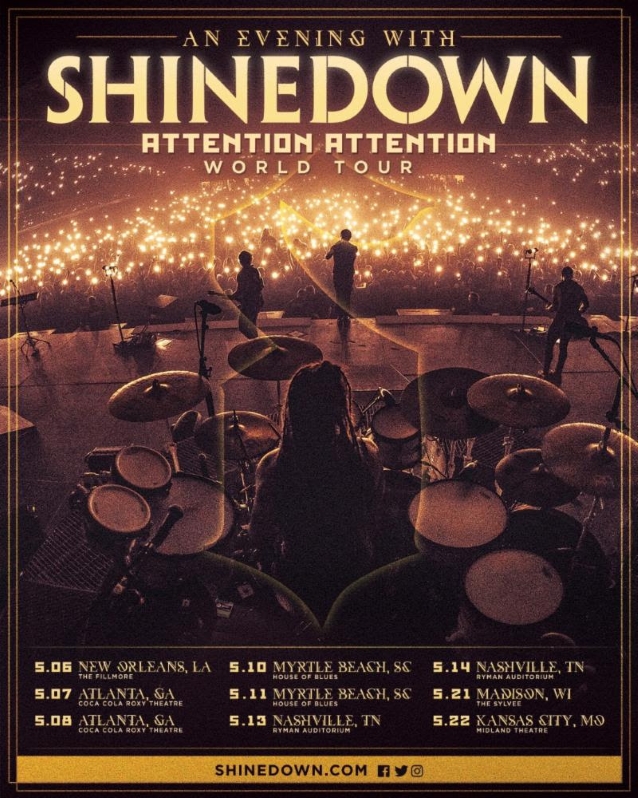