SHINEDOWN has released the "Get Up" EP via Atlantic Records, featuring a new acoustic version of the band's hit crossover anthem "Get Up", along with the original song and the piano version.

Stripped down and propelled by the undeniable power of Brent's voice, the acoustic and piano versions highlight the raw vulnerability and poignant message at the core of "Get Up", which became a crossover hit at Hot AC and has racked up nearly 40 million streams. Speaking to the human spirit in a time of need and inspired by Brent watching his friend, SHINEDOWN bassist Eric Bass, deal with clinical depression, "Get Up" quickly became a beacon of light for listeners around the globe, connecting with both those going through hardships of all types and those supporting loved ones who may be struggling. "Get Up" landed the band on "Live With Kelly And Ryan", was heard during the Walter Payton Award during the Super Bowl pregame show among other television spots, has garnered praise fromthe likes of Forbes, Huffington Post, Salon, Rolling Stone, Consequence of Sound, Buzzfeed, Parade, Popdust, Grammy.com and more, and broke a new record for SHINEDOWN, giving the band the most Rock Airplay Top 10s ever and its 13th No. 1 on Billboard's Mainstream Rock Songs chart (the second most in the history of the chart, tied with VAN HALEN).

The "Get Up" EP arrives as current rock single "Monsters" breaks into the Top 5 as it continues its quick ascent on the Active Rock chart. SHINEDOWN is also gearing up for the summer leg of its 2019 "Attention Attention" world tour, which will pick up in The Woodlands, Texas on June 21 with support from BADFLOWER, DINOSAUR PILE-UP and BROKEN HANDS. They also recently completed a more intimate "An Evening With Shinedown" run, which included two sold-out show at Nashville's legendary Ryman Auditorium.

The band will also headline Inkcarceration festival on July 12 in Mansfield, Ohio, and Riff Fest on July 13 in Detroit, Michigan. SHINEDOWN's tour will continue this fall, produced by Frank Productions, beginning September 17 through October 19 with PAPA ROACH, ASKING ALEXANDRIA and SAVAGE AFTER MIDNIGHT supporting on select dates. 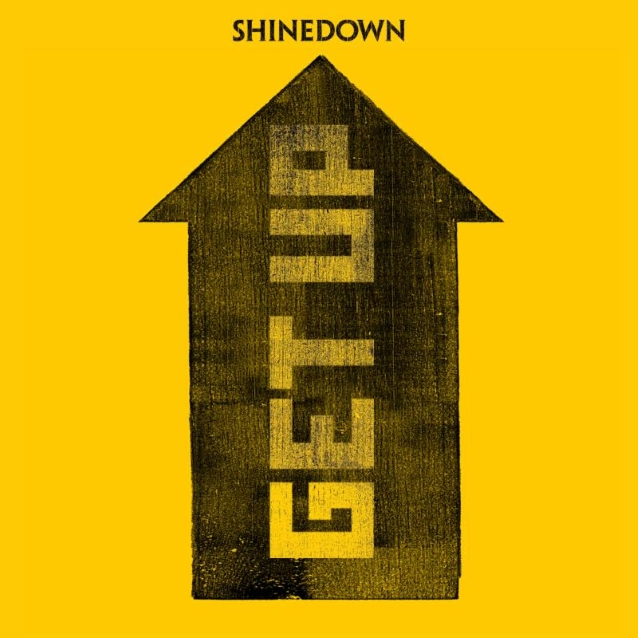