Norwegian extreme metallers SHE SAID DESTROY have inked a deal with Tabu Recordings. The group's sophomore album, "This City Speaks in Tongues", is scheduled for release in Norway on November 17 and the rest of Europe on February 2, 2009. A North American release date has not yet been confirmed. The CD's title track is available for streaming on the band's MySpace page.

SHE SAID DESTROY will hold a release party for "This City Speaks in Tongues" at Elm Street Rock Café in Oslo on November 14. In November, they can also be seen live at Gunfest and Tårnåsen Festivalen. Touring plans for 2009 are in the works, and will be announced soon.

SHE SAID DESTROY's debut album, "Time like Vines", was released in Europe in April 2006 via Nocturnal Art Productions. 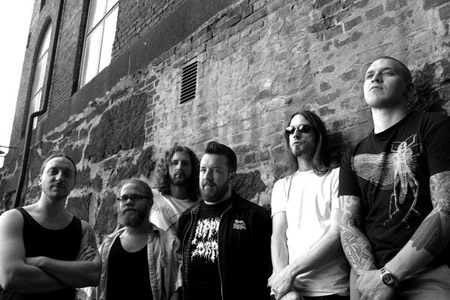