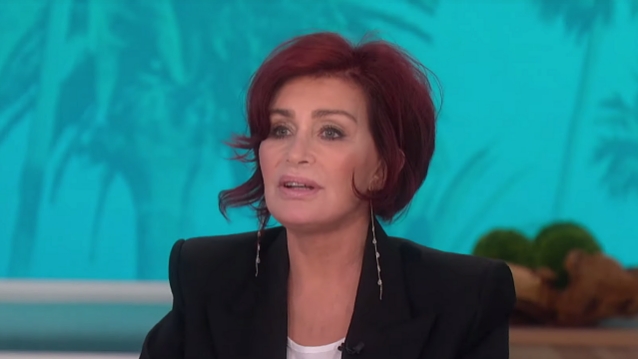 Sharon Osbourne has unveiled her new facelift and shared details of the 13-hour procedure.

"It was five weeks [ago] today that I had my operation," Ozzy Osbourne's wife and manager said on her daytime talk show "The Talk" on Monday (see video below). "And I had my neck done, my jowls. They kind of pulled it from the top of my head... but everything was just lifted up. So, it looks more refreshed." In response to how she's feeling, she said: "Okay. Still a little bit of pain, especially under [my chin], but you can't complain when you wanted to do it. So it's fine."

When Sharon first announced that she was going to undergo another plastic surgery this summer, she distanced herself from famed plastic surgery addict Jocelyn Wildenstein, who was nicknamed "Catwoman" due to her extensive plastic surgeries that mimic the animal.

Osbourne has been open about the procedures and treatments she has had done, which include the Halo laser, multiple facelifts, an arm and leg lift, a tummy tuck following gastric bypass surgery, a breast reduction and lift and countless injections of Botox.

She told the U.K. newspaper The Daily Telegraph in May 2014 that "there's not much I haven't had tweaked, stretched, peeled, lasered, veneered, enhanced or removed altogether. But I won't be having any more. A couple of years ago I looked at myself and thought, 'Oh dear, you look plastic.' It looked all right in a portrait photo, but when I was talking — and I saw myself being interviewed on TV — I looked like the Joker."

On a 2016 episode of "The Talk", Sharon admitted that she was on "face three and counting."