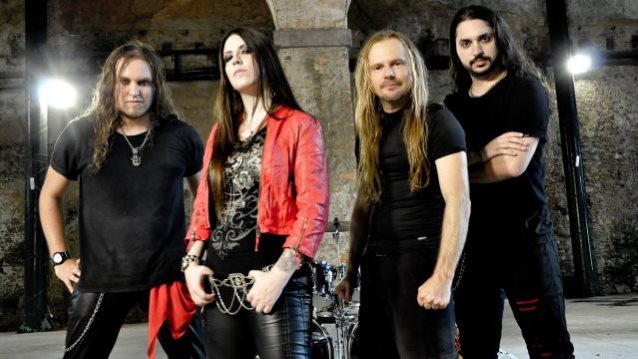 Brazilian female-fronted metallers SHADOWSIDE are working on material for their fourth studio album, to be recorded once again in Gothenburg, Sweden with producer Fredrik Nordström (AT THE GATES, IN FLAMES, ARCH ENEMY, SOILWORK, DARK TRANQUILLITY), who worked on "Inner Monster Out".

SHADOWSIDE singer Dani Nolden stated about the band's last CD, "'Inner Monster Out' is about letting your hidden persona show through, and about everything we always classify as not normal in human beings. The lyrics deal with everyone's fears, reactions, perversions, personality disorders and although it can be seen as a dark album, it also makes it clear that we all have a little bit of crazy and disturbed in a certain way. It's a musically intense album, with lots of angry guitars, bringing together the best of 'Dare To Dream' and 'Theatre Of Shadows', but with new and better things that we didn't try before. I'm especially proud and happy about the result we achieved on this album... we wrote and recorded songs that we like to hear and play and it's by far our best material so far."